As it stands, the Livingston Parish Public Schools in Louisiana will remain closed while everyone deals with the massive flooding. Administrators hope to begin the school year soon, but buses have been lost, some buildings are in need of major repair, and a third of the staff has been displaced by the disaster.

To help them out, at least a bit, the Freedom From Religion Foundation is sending the District a check for $10,000 to be used on buses and rebuilding infrastructure. It’s part of FFRF’s NonBelief Relief program.

FFRF co-President Annie Laurie Gaylor also added that the District’s website should probably rethink the banner headline quoting the superintendent which reads, “Praying for all of our Livingston Parish people!” 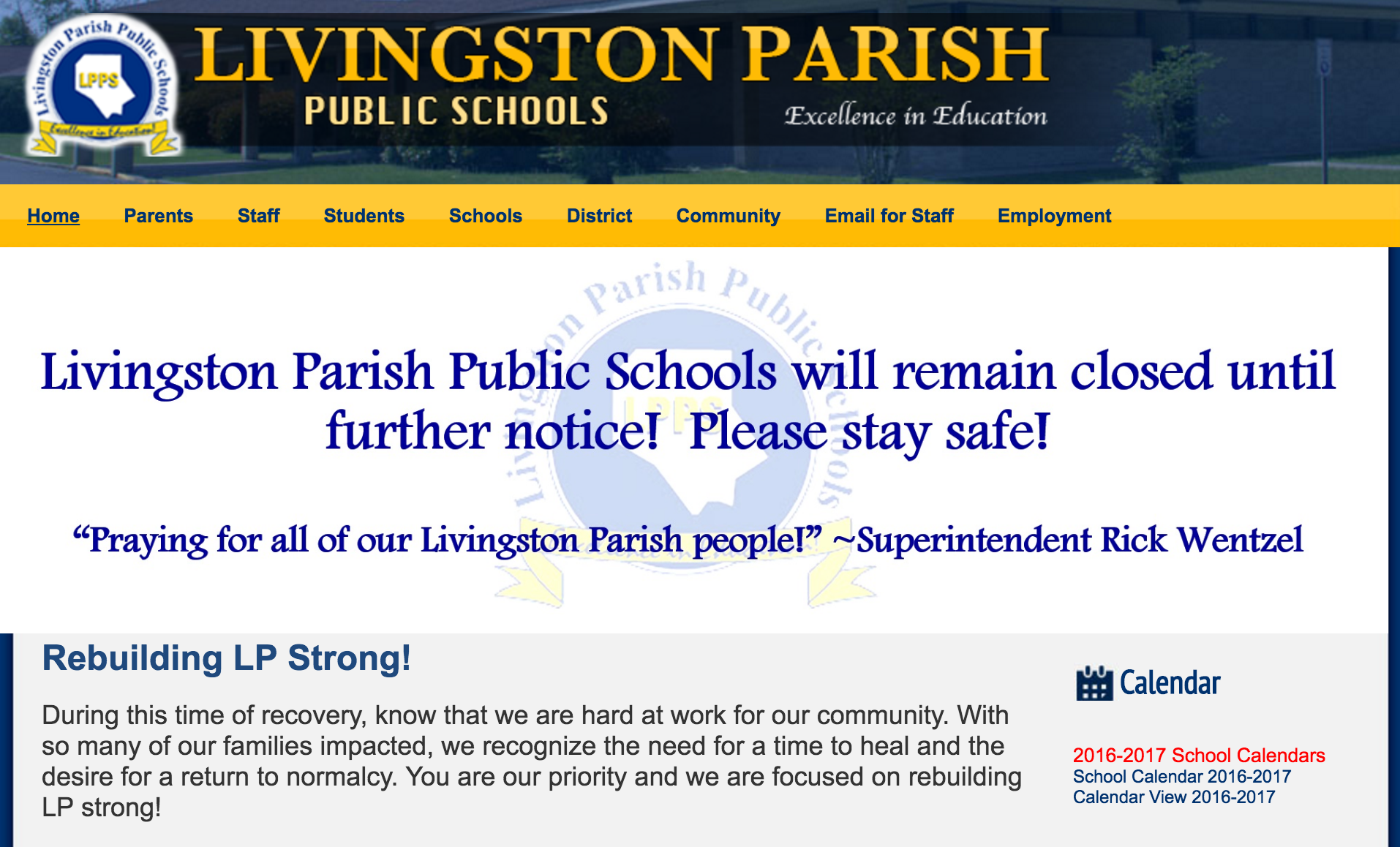 “A famous freethinker of the 19th century, Robert Green Ingersoll, once wrote, ‘The hands that help are better far than lips that pray,’“[FFRF co-President Annie Laurie] Gaylor adds. “To that end, Nonbelief Relief is very pleased to provide the practical assistance of $10,000 in flood relief to the Livingston Parish Public Schools.”

Anyone else wanting to make a donation can do so here.

Now let’s hope the District doesn’t reject the funding just because it comes from an atheist group… (Hear that, Oklahoma?)

August 25, 2016 Bill Nye Has Announced the First in His Series of Science-Themed Novels for Kids
Browse Our Archives
What Are Your Thoughts?leave a comment