Christian Activist: Vote for Donald Trump Because It Could Mean “Life or Death for Millions” August 23, 2016 Hemant Mehta

Christian Activist: Vote for Donald Trump Because It Could Mean “Life or Death for Millions”

Janet Porter, the president of conservative Christian group Faith2Action, last seen on this site explaining how gays are setting the world on fire, just released a video (in a personal capacity) explaining why viewers should vote for Donald Trump.

She conveniently sidesteps his bigotry, sexism, and racism and just accepts his pandering statements about how he’ll appoint conservative Supreme Court justices and let churches keep their tax exemptions even if they break the rules by endorsing candidates.

Then, referring to Trump’s apparent plan to eradicate abortion rights, she says that millions of unborn babies are relying on a Trump presidency for their survival. (And so is God.) 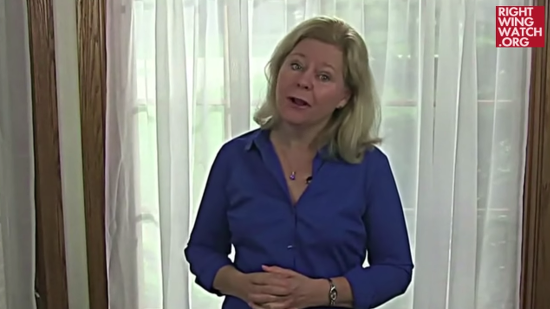 “God actually told us not to sit [out the election] when He gave us His voter guide in Deuteronomy,” she said. “He said, ‘Choose life that you and your descendants may live.’ You might feel good about yourself sitting out this election, but I can assure you unborn babies won’t. The main choice set before us is life or death for millions.“

It’s also amazing that she just believes Trump’s rhetoric when he’s flip-flopped on the very issue of abortion. But when you surround yourself with people who tell lies for a living, as Porter does, you start to think everyone’s shit smells like roses.

By the way, make sure you watch the end of that video clip. What a glorious vision of a possible Supreme Court…

August 23, 2016
BYU Has Altered Its Awful Policy Affecting Students Who Leave the Mormon Church While in School
Next Post