Tom Daley is the British diver who failed to qualify for the finals in the Olympics’ Men’s 10m platform diving competition despite scoring highest in the preliminary round.

It was just a rough day for him. The dives didn’t go his way. But the UK-based advocacy group Christian Voice rubbed it in with a dose of homophobia, suggesting that his sexual orientation didn’t do him any favors. 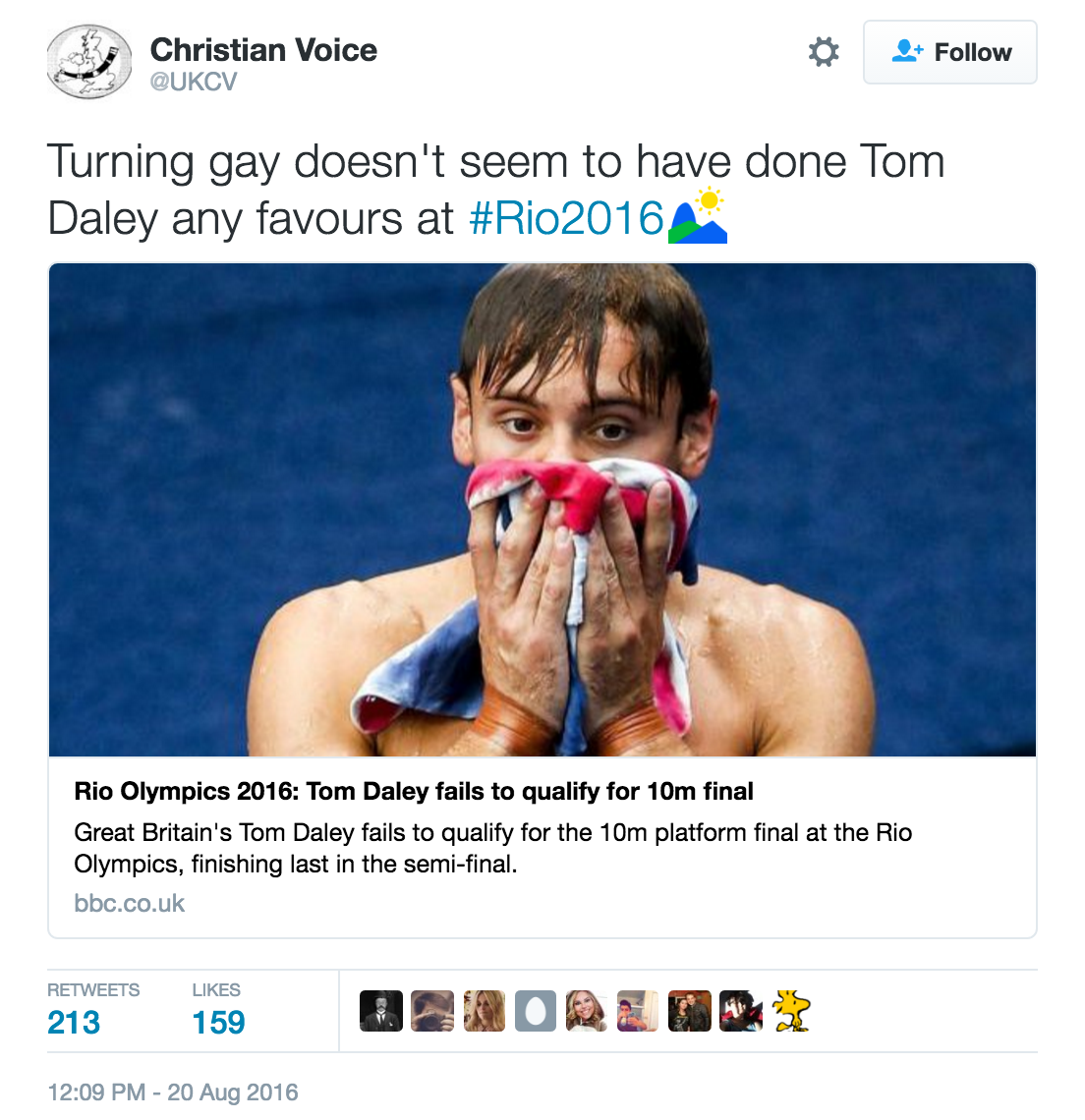 Turning gay. As if Daley just flipped a switch one day in the hopes that it would make him a better diver…?

I guess people complained about the tweet, since they followed it up hours later with this one, explaining what they meant by that phrase: 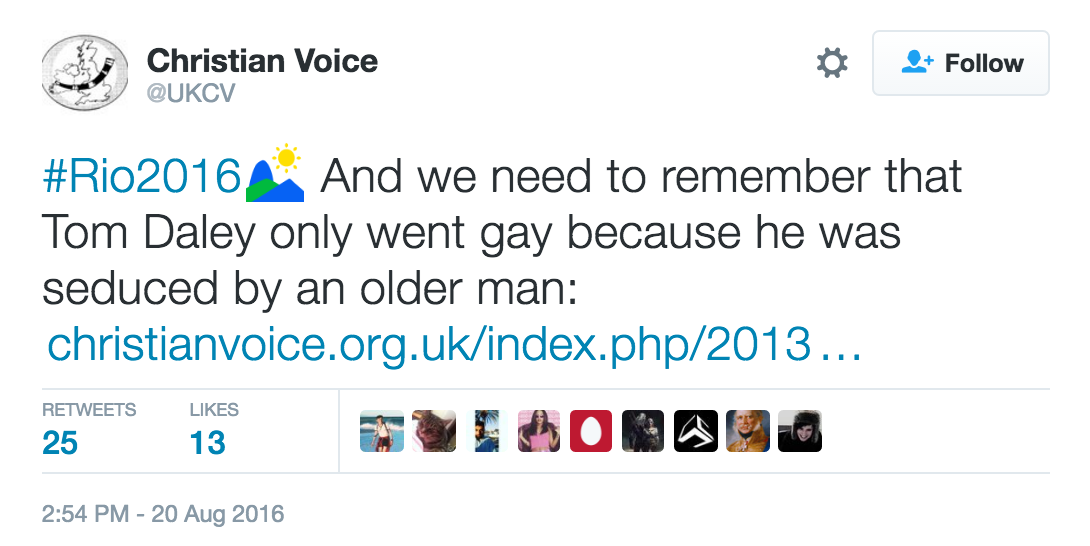 Even author J.K. Rowling couldn’t contain her anger at the organization: 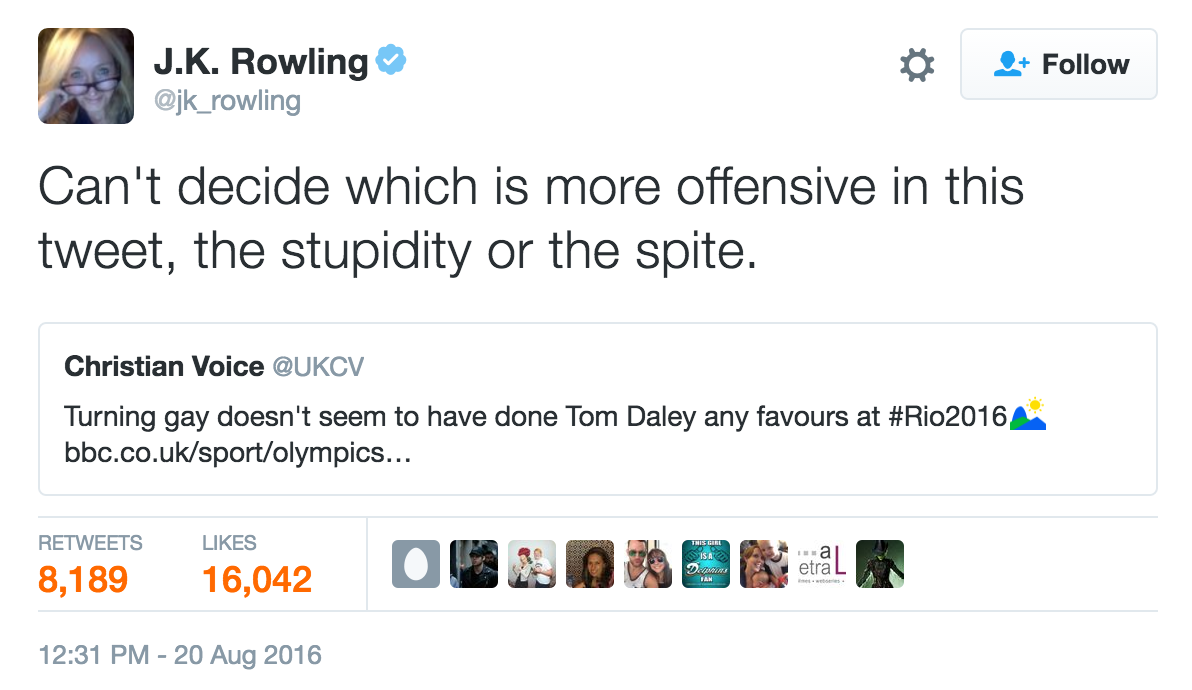 Not that the people at Christian Voice cared about the response. They were focusing on other issues, like their belief that South African runner Caster Semenya, with her above average testosterone levels, wasn’t a real woman at all.

August 22, 2016 Norway's Largest Church Now Allows People to Opt Out Online, and Thousands Have Already Done It
Browse Our Archives
What Are Your Thoughts?leave a comment