Norway’s Largest Church Now Allows People to Opt Out Online, and Thousands Have Already Done It

Norway is one of those countries where religion is supported by taxpayers, but that’s been changing as more citizens become wise to the fact that they don’t need to prop up churches they don’t even really belong to.

The exodus became even more drastic this past week after the nation’s evangelical Lutheran Church launched a website to make it easier to track members — a site that also allowed them to opt out of the Church altogether: 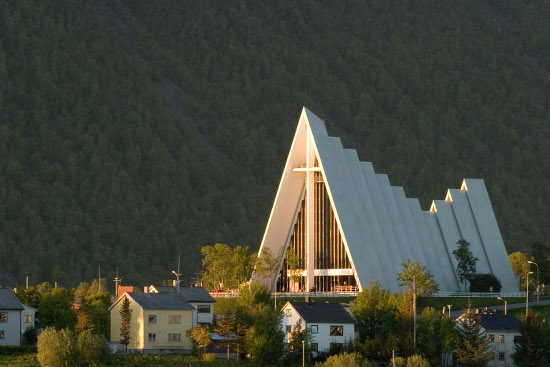 The Lutheran Church is the country’s largest, with nearly three-quarters of the population registered as members.

It set up the new service in an effort to get its heavily criticised records in shape and offer an easy way for people to sign up.

But officials revealed that many instead used the new process to do the opposite, with 10,854 people de-enrolling from the church in the 24 hours after the launch of the website on 15 August. A total of 15,053 left within four days.

That website (translated here) indicates that the Church has received 24,278 resignations since the beginning of the year, compared to only 1,369 enrollments.

It’s a small fraction of the 3.8 million people still in the Church, to be sure, but it’s telling that, given the option to stay or leave, people are overwhelmingly using the process to get the hell out.

To their credit, at least Church leaders aren’t acting shocked:

Leading bishop of the Norwegian churches episcopal meeting, Helga Haugland Byfuglien, is not surprised that many would take the opportunity to opt out.

… We were prepared for a significant number of resignations and have great respect for the individual’s choice. These signals we take seriously. Our task will be to pass on the Christian message and to convey the important role the church can have in people’s lives, says Helga Haugland Byfuglien.

It just goes to show you that when you make it as easy for people to leave the Church as it is to join, they’re going to leave. That’s why the Catholic Church and Mormon Church, especially, have such complicated procedures for anyone trying to get out of official membership.

If they forced people to “opt in” in Norway, I promise you that 3.8 million number would be decimated.