Last month, Malaysian singer Namewee (real name: Wee Meng Chee) released a new song called “Oh My God.” The music video featured him in front of several different churches and temples… but the version you see below isn’t the original video because it doesn’t include a part in which he dances in front of a mosque. That bit appeared in a video that was uploaded back in July, and for that reason, he was arrested this week on charges of “insulting Islam.” 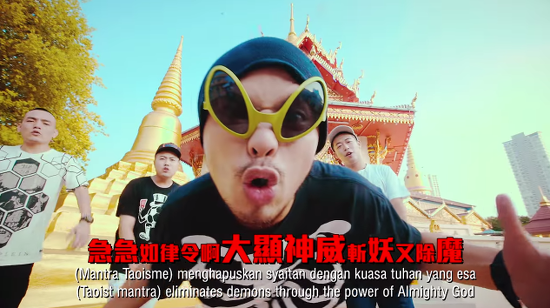 Wee will be investigated under Section 295 of the Penal Code for defiling a place of worship with intention to insult the religion.

The section carries with it a jail term of up to two years, or a fine or both upon conviction.

Several police reports were lodged against Wee over his music video alleging it to be against Islam.

What’s ironic is that the video was meant as an homage to all religions — a display of unity and religious harmony. But because he included Islam in that list, some people want him punished for it.

Namewee has said in some interviews that a hacker uploaded the original version of the video before it was completed — it wasn’t even posted on his YouTube channel — though it’s unclear if he was just saying that to cover his ass.

Either way, the religion of peace strikes again.

August 22, 2016
Even Though Target Is Installing Private Bathrooms, Conservative Christians Are Still Complaining
Next Post