Ben-Hur, the Faith-Based Epic That Cost $100 Million to (Re)Make, Flopped at the Box Office

Ben-Hur, the remake of the classic 1959 film about a merchant living in the time of Jesus, flopped over the weekend, raking in just $11 million (and an addition $10 million worldwide), a mere dent in its $100 million budget. 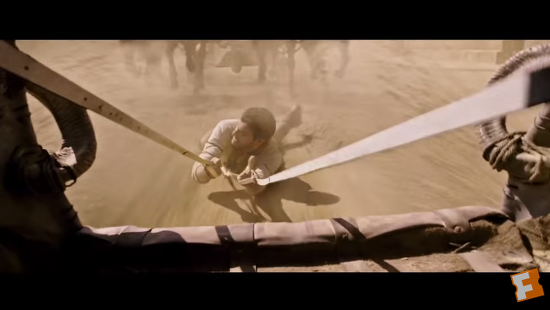 It’s the latest in a string of big-budget movies that failed to captivate their intended Christian audience.

Deadline points out all the outreach efforts to influential pastors. Clearly, that didn’t help.

The Christian film was beaten at the box office by a movie about sexually charged meats that lose their religion.

With all the money they put into the project, the producers might have been better off building a giant Ark.

August 22, 2016
Joy Reid to Guest Lying About Birtherism: "Even a Pastor Cannot Just Make Things Up On This Show"
Next Post