A Gulf Coast Planned Parenthood May Soon Have a New Neighbor: A Clinic Offering “Reverse Abortions”

It’s bad enough that an anti-abortion clinic may soon open up next to a Planned Parenthood center in New Orleans. We’ve seen that before; in some cases, the “crisis pregnancy centers” literally pretend to be the abortion clinics in order to trick women who were trying to end their pregnancies.

In this case, however, it gets worse. The Woman’s New Life Center says they’ll offer “abortion reversals.” 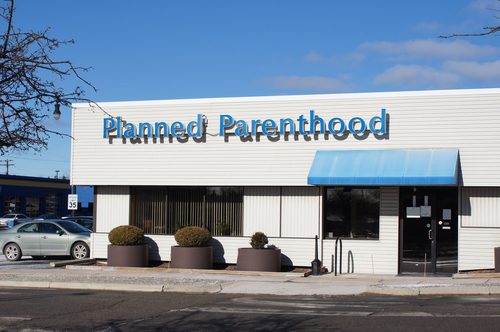 Here’s how that works: Normally, women who are taking pills to induce an abortion would take a drug called mifepristone. (It blocks the progesterone needed to keep the pregnancy going.) About 48 hours later, they take another drug called misopristol. (It contracts the uterus, ending the pregnancy.)

The “abortion reversals” essentially work by targeting women who have second thoughts after taking the first pill, by giving them doses of progesterone before they take the misopristol.

The problem with this procedure is that it’s not clinically tested, it doesn’t have the backing of experts in the field, and it’s no more effective than simply not taking the second pill. In fact, the American College of Obstetricians and Gynecologists said last year:

Claims of medication abortion reversal are not supported by the body of scientific evidence, and this approach is not recommended in ACOG’s clinical guidance on medication abortion. There are no ACOG guidelines that support this course of action.

Planned Parenthood Gulf Coast shares the belief that it’s disingenuous for an organization purporting to help women to offer a procedure that has no credible scientific backing.

“Organizations that attempt to deceive women seeking urgent reproductive health care with inaccurate and misleading information are a threat to the safety of women in Louisiana,” the group said in a statement.

But that’s all the pro-life side has to offer: “inaccurate and misleading information.” Being honest has never worked. Persuading people with good arguments has never been enough. That’s why they use heavily-edited sting videos and suggest through posters and videos that nearly all abortions are equivalent to a bloody third trimester procedure. That’s why they say abortions “kill babies” even though the first word is exaggerated and the second is flat-out wrong. That’s why they avoid talking about what punishments women who obtain abortions should receive if the procedure were ever banned.

Giving women a choice means women may choose an option they don’t like; the only alternative, then, is controlling them. Or lying to them. Or, in this case, acting like they alone possess a way to reverse an abortion that’s already underway. It’s nothing but anti-abortion pseudoscience.

If they really wanted to prevent abortions, they would be doing everything in their power to make contraception readily available to everyone and pushing for comprehensive sex education in public schools.

August 21, 2016 Pennsylvania County Commissioner Under Fire After Several Anti-Islam Facebook Posts
Browse Our Archives
What Are Your Thoughts?leave a comment