In Ireland, Where Abortion is Illegal, a Woman is Live-Tweeting Her Arduous Journey to Obtain One August 20, 2016 Hemant Mehta

In Ireland, Where Abortion is Illegal, a Woman is Live-Tweeting Her Arduous Journey to Obtain One

In Ireland, where abortions are prohibited by law and women caught obtaining one can face up to 14 years in prison, a young woman is traveling to Great Britain so she can have the procedure done legally. It’s a journey nearly a dozen women are said to take every day. She and the friend accompanying her are live-tweeting their two-day trip directly to Irish Prime Minister Enda Kenny.

The message? This is the shit we have to go through because our government has such little regard for women and their bodies. 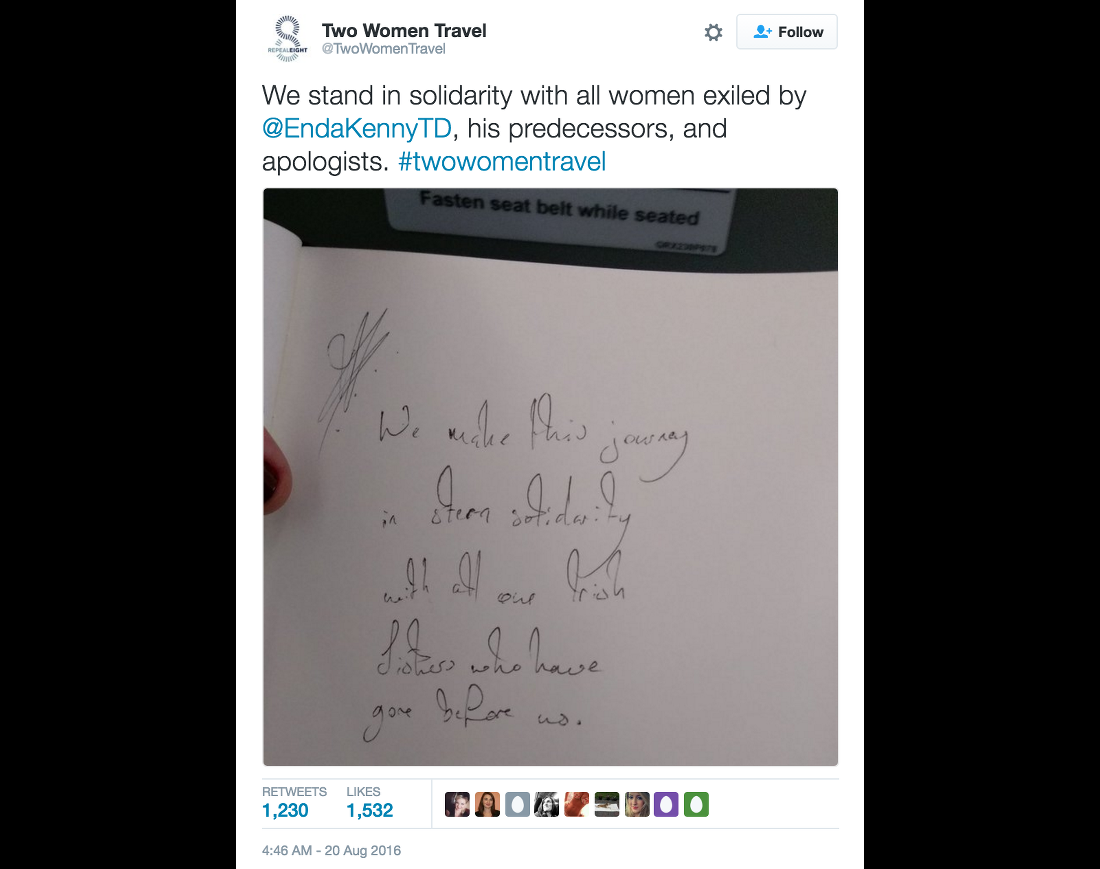 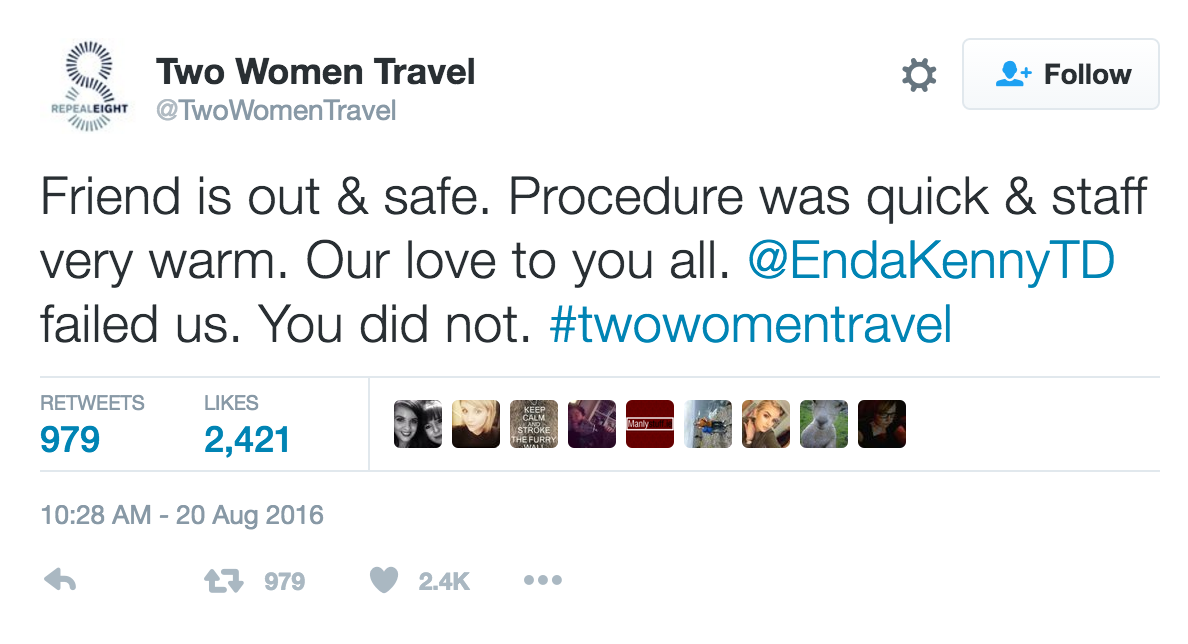 The women remain anonymous, though both are older than 18. And the trip comes a mere two months after the United Nations’ human rights committee called on Ireland to reform its anti-abortion laws, saying they were “cruel and inhumane, and violate women’s human rights.”

For his part, the Prime Minister hasn’t made any public statements about the women on the trip, but he’s already signaled that he has no intention of changing the law, refusing to permit a referendum on the matter.

Here’s wishing them the best, and maybe the public awareness of Ireland’s stance on abortion, no doubt supported by the Catholic Church, will pressure government officials to rethink the cruel ban.

(Thanks to Damien for the link)

August 20, 2016 Donald Trump: Liberal Redneck Edition (Part 2)
Browse Our Archives
What Are Your Thoughts?leave a comment