Hugo and Jake from The Bible Reloaded show announced yesterday that they were filing a lawsuit against the Christiano Film Group (a production company run by — wait for it — two Christian guys who make Christian films). 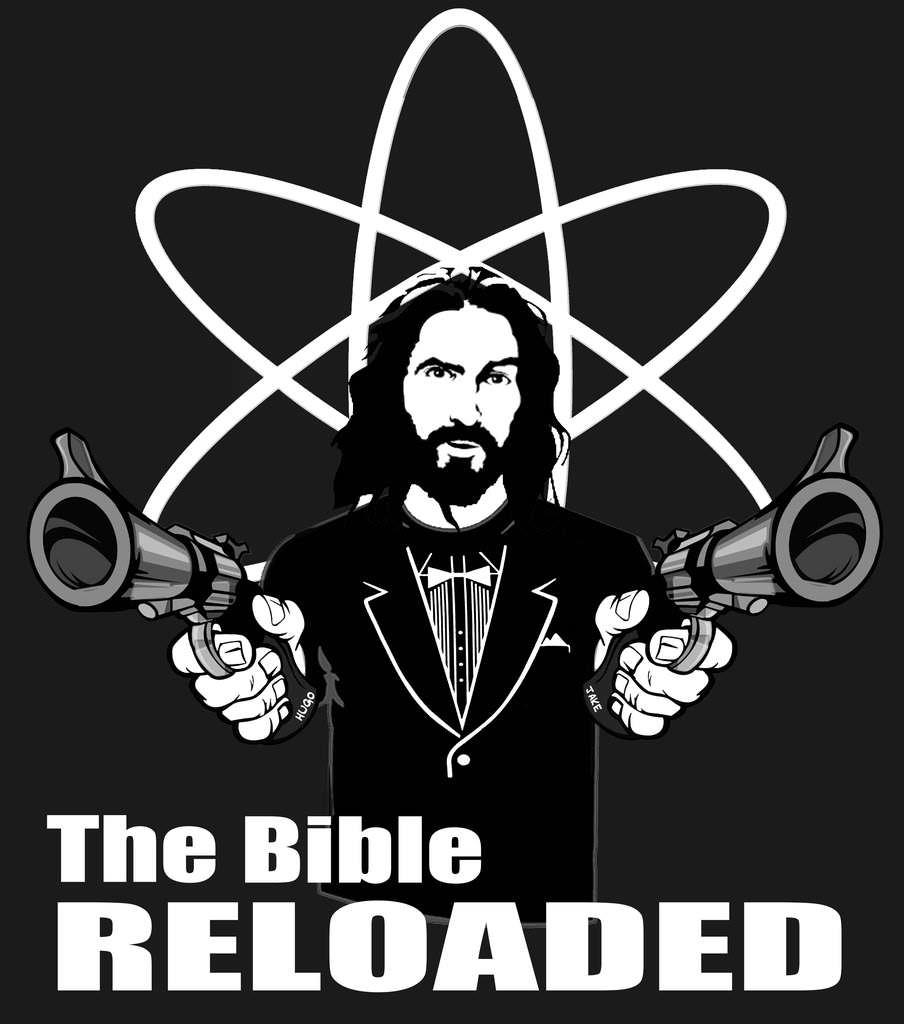 Here’s the gist of what happened: The atheists frequently review movies on their channel, including those by CFG. In several cases, even when the atheists only showed stills from the movie or used a bit of audio (even though short video clips would have been perfectly legal under fair use law), the CFG folks filed DMCA requests — copyright claims, basically — forcing the videos to come down from YouTube.

It’s the blogging equivalent of journalists coming after you because you used blockquotes to cite short passages from their articles. As long as you’re not republishing most of the content on your own site, it’s usually fine. The whole online ecosystem relies on people quoting others, then offering additional commentary. As long as you give proper credit and don’t plagiarize, you’re in good shape.

Three DMCA strikes on YouTube can lead to your whole channel (and every video you’ve ever uploaded) coming down and you being banned from the website… which, if you’re popular enough, could also mark the end of your livelihood.

So being on the receiving end of multiple DMCA violations is a big deal. And The Bible Reloaded guys say they did nothing wrong — much less violated the law several times over. This isn’t about copyright, they say; it’s about silencing criticism. Their argument makes some sense, too, since other YouTube channels that positively reviewed the company’s films — and showed short clips from them — were not on the receiving end of DMCA complaints. (Many critics have agreed that YouTube makes it far too easy to file unnecessary copyright claims.)

As someone who’s dealt with this issue a couple of times myself, I can tell you it’s a hassle to fight these takedowns. You first line of defense is negotiating with the people who filed the complaint… which, as you might guess, doesn’t always work. You can also go to court if no one budges, but who has that kind of money and time?

Even last year, Jake and Hugo received a DMCA notice from Ray Comfort‘s ministry after they negatively reviewed one of his movies. But I sort of know Ray, so I reached out to him on their behalf. He said he wasn’t aware of the problem, didn’t have any issue with what Jake and Hugo did (in fact, he likes when atheists talk about his movies even if it’s critical), and instructed his team to rescind their DMCA complaint. Problem solved. But obviously that’s not something you can do every time.

So back to the issue at hand: The Christiano Film Group filed multiple DMCA requests against The Bible Reloaded, and the guys are sick and tired of it because they feel these requests are frivolous. But you can’t stop them unless you take them to court.

So that’s what they’re doing.

We are tired of filmmakers trying to silence dissenting voices, especially on YouTube, where Fair Use/Free Speech have fallen victim to the sensibilities of the offended. We are raising money to take the Christiano Film Group to court, defend our [livelihood], and set an example.

We’re fighting for our channel, of course, but also the dozens of other channels that have come to us in the past months, telling us that the Christiano Film Group has abused the DMCA system on YouTube, limiting YouTube upload times, making sure “bad” reviews get deleted, or altogether shutting channels down. The targeted abuse by that company, specifically, has affected many of us, and we’re not just taking it anymore.

According to their lawyer, this is a lawsuit that could be expensive, and Jake and Hugo are raising money to the tune of $100,000. I wish them the best of luck.

All that said, I have a bit of advice for the guys. Because I’m not donating anything. Not yet, anyway. Here’s why:

None of this should be taken as an indictment of Hugo and Jake. I don’t know them personally. I’m sure they’re decent guys. My point is that it’s a bad idea to fundraise for a campaign like this without being extremely thorough about how you’ll handle the money. (I say the same thing about people raising tens of thousands of dollars for some important surgery or other emotionally gripping reason.)

It’s also really dumb to give to a cause like this unless you can be assured your money is going where you intend for it to go. (Maybe you don’t care. But at the very least, if you’re giving a significant amount of money, you should at least ask these questions before donating.)

Non-profits have to be transparent about these things. People on Kickstarter have to deliver a product. On Patreon, you’re supporting a person if not a particular product.

But when people say they’re fundraising loads of money for a specific cause, they owe the public a detailed breakdown of how the money will be used (especially if more money is raised than was requested). And donors should have a right to know that their money was actually used for those reasons.

I hope The Bible Reloaded guys can let everyone know how they’ll stay above board with all this money.

And I really hope they win their case.

August 19, 2016
10 Things You Should Know About Seventh Day Adventists
Next Post