Court Rules in Favor of Christian Employer Who Fired Transgender Female for Not Wearing a Suit August 19, 2016 Hemant Mehta

Yesterday, a federal district court ruled that an employer’s religious beliefs trumped his employee’s civil rights, and the details of the case will infuriate you. 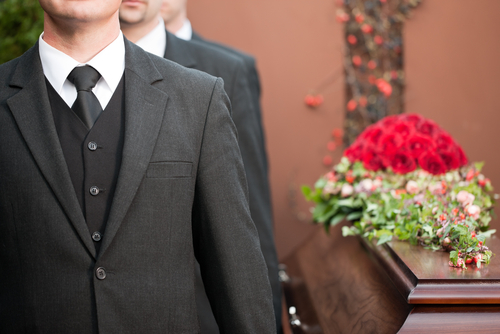 Aimee Australia Stephens, a transgender woman, spent six years working as a funeral director and embalmer in Detroit. In 2013, she told her colleagues and employers at RG & GR Harris Funeral Home that she would go through sex-reassignment surgery so that her outward appearance matched her true gender.

The proper response would have been, “We wish you the best.” Or maybe “We can’t wait to have you back at work!” Or maybe “This is none of my goddamn business, but more power to you.”

Stephens later filed a lawsuit against her employer with two specific allegations: That the company violated Title VII of the Civil Rights Act of 1964 by firing her for being transgender, and that they violated sex discrimination laws by saying she was fired for refusing to wear a suit (which was required of all male employees).

A court rejected the first claim a while back, saying that discrimination on the basis of gender identity is not banned by Title VII — that another issue altogether — but the sex-stereotyping claim could proceed.

And that’s the issue that was decided yesterday by a federal district court. It was a disappointing outcome to say the least:

A Garden City funeral home won a legal victory Thursday when a federal judge ruled the company did not violate the law when it terminated a transgender employee who wanted to dress as a woman.

In his 56-page ruling, [U.S. District Judge Sean] Cox asserted funeral home owners’ right to practice their faith would be impeded if the federal Title VII law on discrimination were applied in the case.

Cox actually agreed that there was “a solid argument” that discrimination was in play here, but he also made clear that RFRA laws created religious exceptions to the rule, so the company wasn’t on the hook for doing anything wrong.

To think of it another way, the employers’ faith, which compelled them to make men wear suits at work, was deemed more important than the right of a female employee to not wear a suit.

Try wrapping your head around that one.

In a battle between the Religious Freedom Restoration Act (RFRA) and civil rights, religion won out. And that’s a scary precedent for the future:

“What’s sad about it is that the concept of religious freedom is meant to protect people from the government,” Keisling said. “It is just simply not meant to allow people, or certainly entities like companies, to discriminate. … It is supposed to be a blade used against the government to defend yourself — not a blade to be used against other people.”

Bradley Girard, writing for Americans United for Separation of Church and State, brings up another disturbing aspect of the ruling: It suggests the funeral home had more to lose in this case:

It’s amazing, isn’t it, how many hoops the judge wanted everyone else to jump through so that the funeral homes’ owners wouldn’t have to budge on their irrational beliefs? But that’s what the law currently allows.

The court’s opinion is just plain wrong — and dangerously so. RFRA is meant to protect the right of individuals to practice their faith as they please; it was never intended as a license to discriminate. And while this case deals specifically with the right of a transgender employee to the same fundamental legal protections as everyone else enjoys, nothing about the court’s reasoning is limited either to transgender individuals or to employment.

No word yet on whether an appeal will be made, but I’m hopeful that will happen.

AU and the Freedom From Religion Foundation are calling on Congress to pass the “Do No Harm” Act, which would eliminate religious exemptions to anti-discrimination laws.

August 19, 2016
A New York Church Had Its Tax Exemption Rightfully Revoked, and It's Suing to Get It Back
Next Post

August 19, 2016 Louisiana's Lt. Governor Saw a Cloud in the Shape of His State, So Everything Will Be Okay Now
Browse Our Archives
What Are Your Thoughts?leave a comment