Blood Donor Needed for Child in India (But Only If You’re From the Right Caste) August 19, 2016 Hemant Mehta

A crowdsourcing blood donation app called Blood+ is receiving a lot of criticism today after tweeting out an emergency request for O+ donors in Hyderabad (India) in order to save the life of a three-year-old boy… that included the caveat that donors had to be from a specific caste. 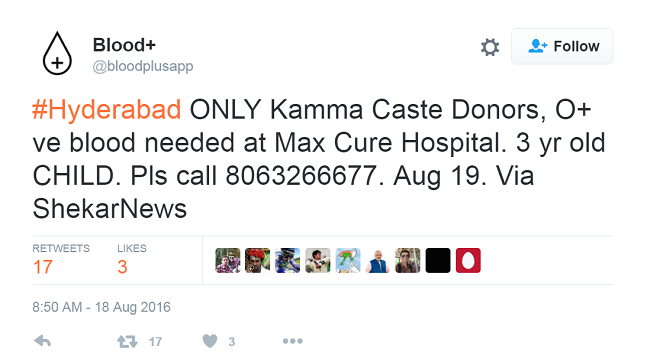 What’s next? A white person needing a transfusion, but refusing to accept perfectly good blood from black donors? It doesn’t make a damn bit of difference.

The tweet raised an important question: If someone from a different caste came forward with the right kind of blood, would doctors just let the boy die?

The issue soon became moot, though, after the tweet was deleted and the person running the account issued multiple apologies. He said the request was fake, the phone number didn’t even work, and his group was putting better safeguards in place to prevent this sort of thing from happening again. 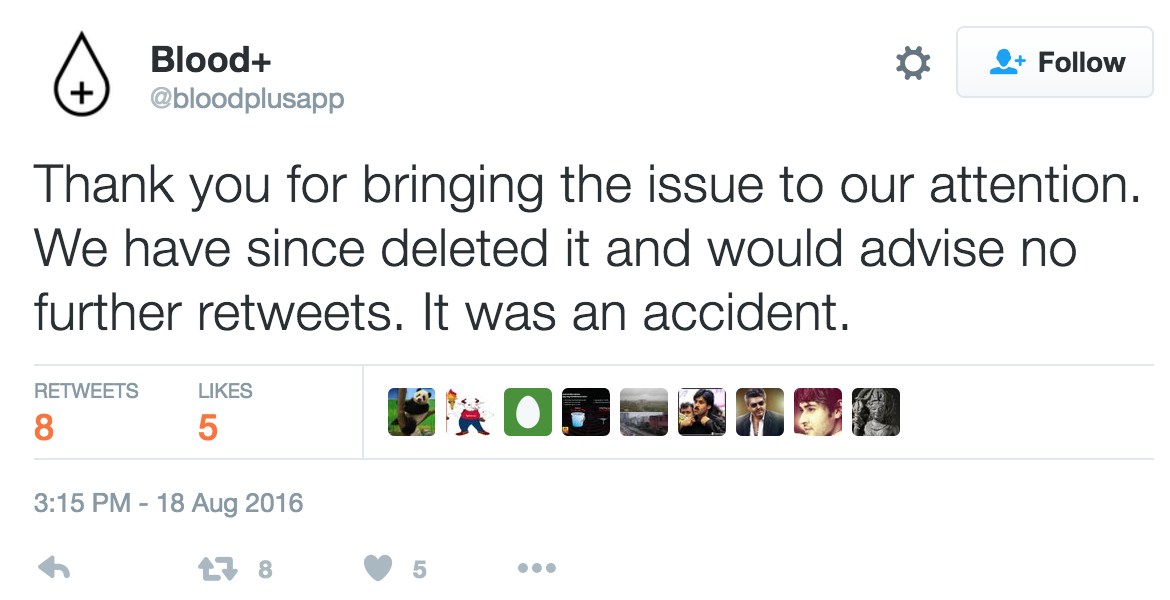 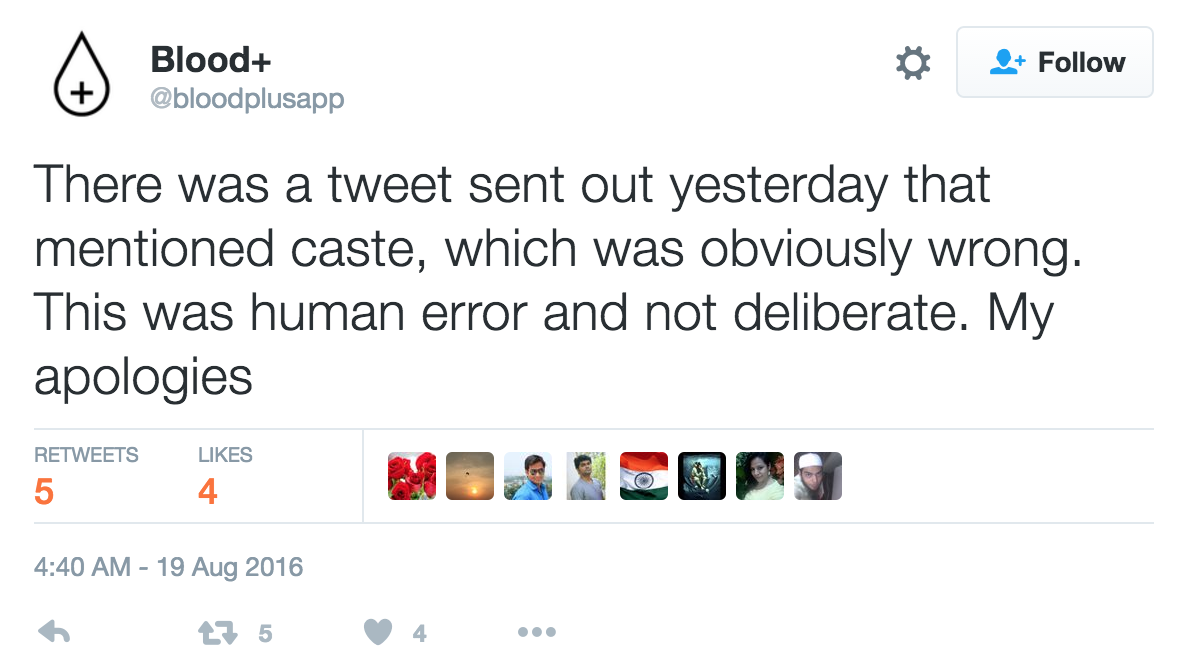 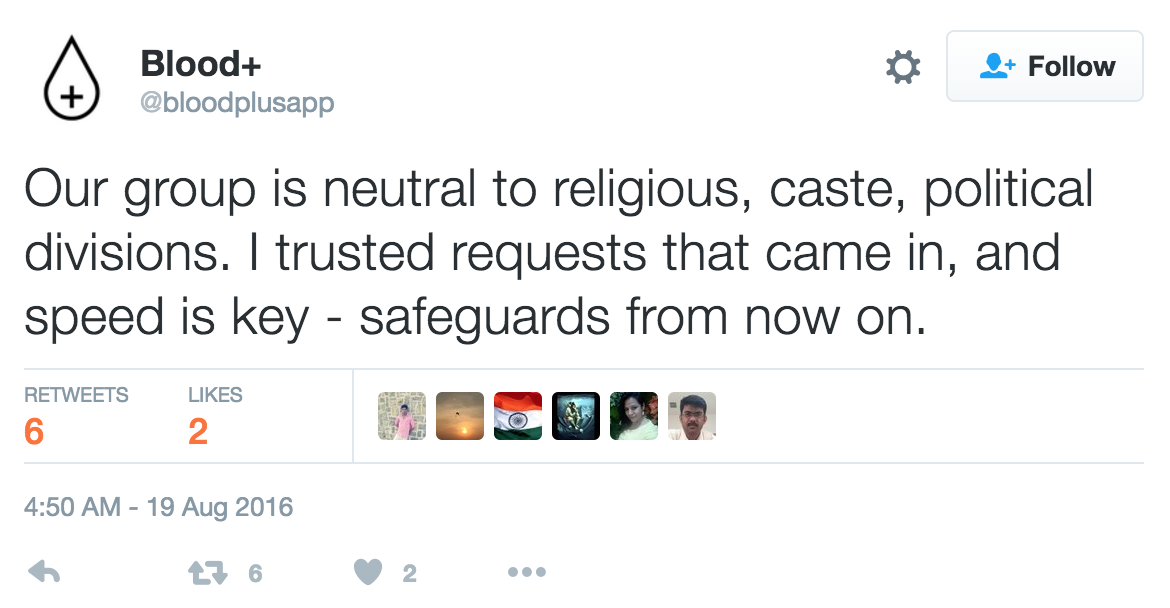 I’ll take their word for it. Indeed, the person who submitted the listing, who goes by the handle @ShekarNews, appears to be a prankster.

Just to point out the obvious: It doesn’t matter whose blood you have in your body, as long as it’s healthy and the right kind. Blood+ shouldn’t be penalized just because someone successfully trolled them.

(Thanks to Simone for the link)

August 19, 2016
Louisiana's Lt. Governor Saw a Cloud in the Shape of His State, So Everything Will Be Okay Now
Next Post

August 20, 2016 Ark Encounter is Advertising by Giving Away Those Awful Christian Million Dollar Bills
Browse Our Archives
What Are Your Thoughts?leave a comment