Here Are All the Ways Religious Right Leaders Have Struggled to Justify Voting for Donald Trump August 18, 2016 Hemant Mehta

It’s not hard to guess why Religious Right leaders don’t want Hillary Clinton to win the election. They know it would lead to a more progressive Supreme Court, more rights for LGBT people, more reproductive choices for women, and more religious freedom that doesn’t single out Christians as special.

But can they really make a case for Donald Trump, given the racist, sexist, bigoted things he’s said over the past year? Is his campaign really compatible with the teachings of Christ? 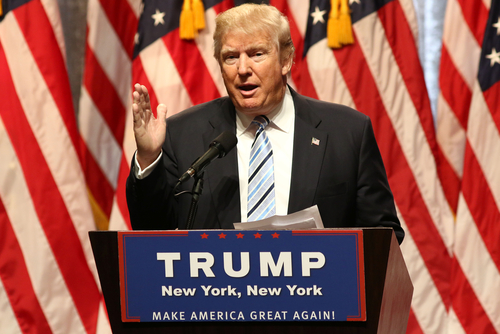 Damn right they can make that case. Hell, the fear of hypocrisy has never stopped them before. Why start pretending it matters now?

Peter Montgomery at Right Wing Watch has compiled a list of 25 justifications Christian leaders have offered as to why evangelicals should vote for Trump.

Like the fact that he “could make America worthy of God’s blessing”:

The Family Research Council’s Tony Perkins was a big Ted Cruz backer and has publicly been a somewhat reluctant supporter of Donald Trump. He told radio host Sandy Rios that Trump has made plenty of mistakes, but that if he “walks in that grace that is available” and surrounds himself with good people, he could “cast a vision that moves America back to the country that honors God again and therefore would be a recipient of His blessing.”

And then have some sympathy for these poor Christians. After all, their bodies have to be aching after performing all those mental gymnastics.

August 18, 2016
An Oregon Priest Wants to Destroy a Gun He Won in a Raffle, but His Plan May Backfire
Next Post