Pastor Roger Jimenez of the Verity Baptist Church in Sacramento, California is the Christian who said, days after the Pulse nightclub massacre, that he didn’t feel bad for the “50 pedophiles” who died in the shooting. He also lamented the fact that so many people were merely injured and that the killer didn’t “finish the job.”

Dr. Michael Brown is merely a guy who thinks you can “cure” your LGBT orientation and believes the gay “agenda” includes putting Christians in jail.

One of them is the lesser of two evils.

And it’s a weird feeling to listen to Brown interview Jimenez because it really feels like Brown is the sensible one in the mix, even though I’m fully aware he’s also a bigot. He doesn’t deserve a cookie just because he draws the line at murder. 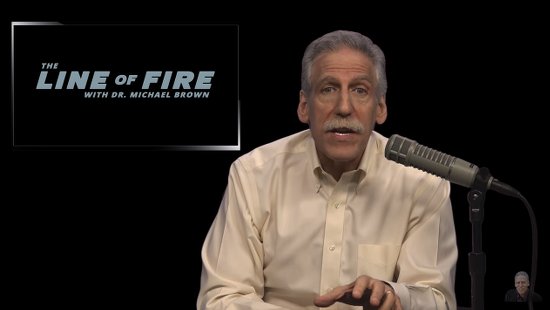 Brown spends most of the interview trying to get Jimenez to understand that wishing for the deaths of gay people is not what Christianity is about… even though Brown’s career has been dedicated to making sure LGBT lives aren’t worth living. Brown doesn’t want gay people shot dead by way of a firing squad. He’s not a monster. He just wants to make them feel horrible about who they are, ignoring the fact that many LGBT people have been driven to suicide because of homophobic thinking like that.

It’s almost funny to hear Brown condemn Jimenez’s rhetoric because one’s a natural progression from the other. It’s like Republicans lamenting the candidacy of Donald Trump despite sowing the seeds for his contemptible rise over the past several years.

What else did you expect?