The Secular Coalition for America has released its presidential scorecard, grading the candidates based on their responses to issues dealing with church/state separation, respect for atheists, and science policy. While the grades for Gary Johnson and Dr. Jill Stein will be released in the coming weeks, we already know where Hillary Clinton and Donald Trump stand.

It turns out the wall of separation between church and state is the only wall Trump doesn’t want to build. He received a failing grade. Clinton, on the other hand, earned an “A.” 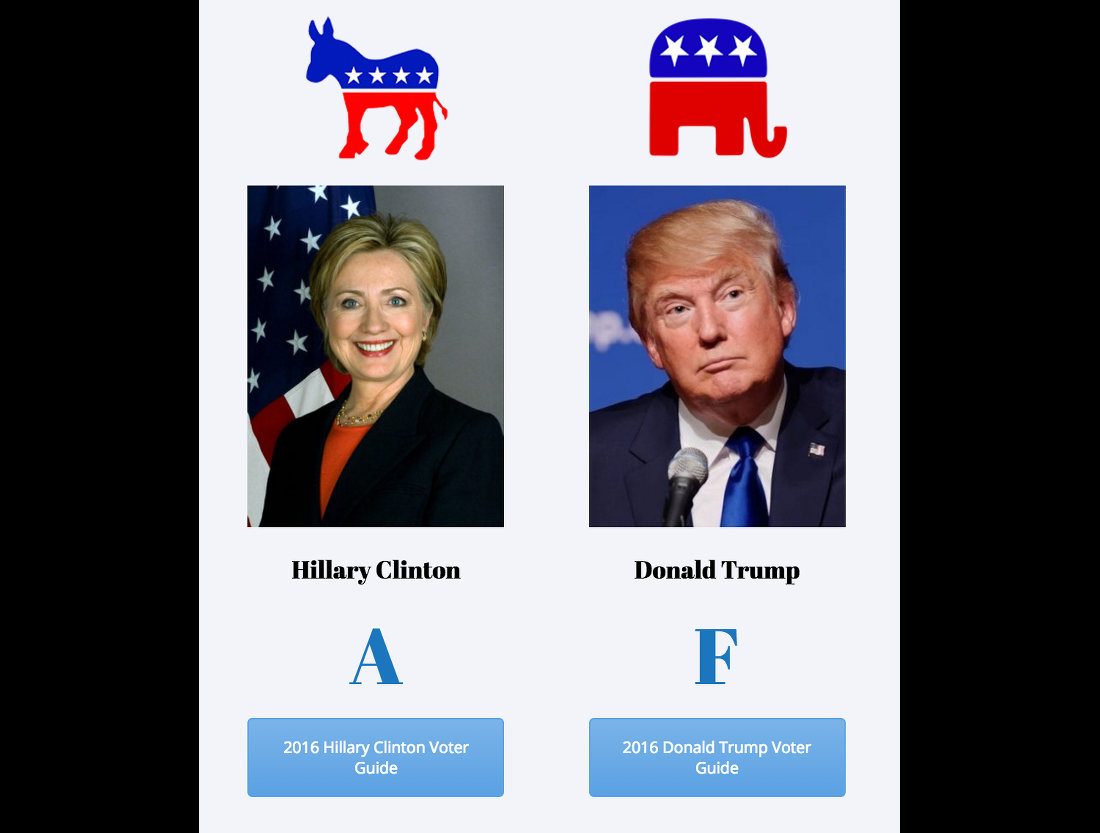 As much as critics will claim otherwise, this isn’t predetermined nor is it biased. The issues are chosen in advance and the candidates’ statements speak for themselves.

For example (links are my own):

Do you support a mutual separation between religion and government?

“An amendment, pushed by Lyndon Johnson, many years ago, threatens religious institutions with a loss of their tax-exempt status if they openly advocate their political views. I am going to work very hard to repeal that language and protect free speech for all Americans.”

How will you further climate change policy when key congressional leaders deny the overwhelming scientific consensus that it is happening and that human activity is the primary cause?

“It’s hard to believe there are people running for president who still refuse to accept the settled science of climate change. Who would rather remind us they’re not scientists than listen to those who are. You don’t have to be a scientist to take on this urgent challenge that threatens us all, you just have to be willing to act.”

“So I am not a believer, and I will, unless somebody can prove something to me, I believe there’s weather.”

None of this is to say Clinton can’t do even more to reach out to Secular Americans:

As it stands, a Pew Research Center survey found last month that 67% of non-religious Americans supported Clinton. Only 23% supported Trump. (I suspect that if you teased out the numbers for atheists, there would be a much wider gap.)