An Oregon Priest Wants to Destroy a Gun He Won in a Raffle, but His Plan May Backfire August 18, 2016 Hemant Mehta

An Oregon Priest Wants to Destroy a Gun He Won in a Raffle, but His Plan May Backfire

Credit where it’s due: Rev. Jeremy Lucas, an Episcopal priest, is under fire after his plan to raise awareness of gun safety issues went a bit awry, but he deserves all the respect in the world.

The Portland (Oregon) priest heard that a local girls’ all-star softball team was raising money to attend a major competition by holding a raffle. The winner would receive a AR-15 rifle, the same weapon used to kill so many innocent people during the massacres at Sandy Hook, Pulse nightclub, and elsewhere. 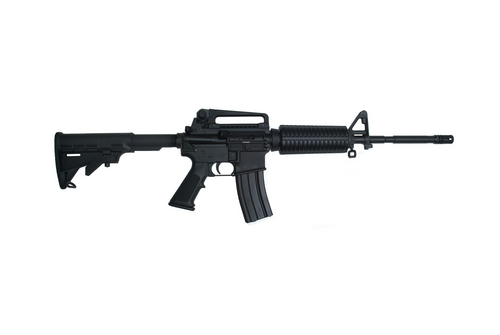 Lucas was disturbed that this gun was being used as a prize to support children, so he offered to pay for the girls’ trip himself. That option was off the table since the raffle had already begun, so he hatched a plan to win the prize himself:

When word spread of his plan, he acknowledged it was a mostly symbolic gesture, telling local media: “There are millions of guns, I know that.”

But if he won, he said, “this gun will never be used to kill kids in schools, kill people in a movie theater, kill people at an office party or at any other place of mass shootings. … It won’t be used by a vet with PTSD to kill himself.”

Wouldn’t you know it? He won the raffle. And he didn’t even thank God for it.

“I’m not sure that’s exactly how God works, fixing raffles,” he said with a laugh. “I like to believe I took a faithful stance. But I think that God would have been on my side even if I didn’t win, because we helped send a girls softball team on their trip.”

The plan wasn’t to keep the gun. He wanted to destroy it publicly so that it could never hurt anybody. He had a parishioner hold on to the weapon until the big event, and that’s when his problems began. What was supposed to be a conscious-raising form of activism took a nasty turn:

Some unhappy commentators suggested Lucas had violated Oregon’s new gun law by failing to have a background check conducted on a parishioner to whom he’d given the weapon for safekeeping.

Then there were the “critics and trolls” on social media and on news websites, Lucas wrote on his blog, “lobbing their hate and vitriol.”

Lucas, a law school graduate who worked as an attorney before turning to the church, said he supports the background check law. “Its intent is to keep someone from going out and buying a gun for someone else. I’m glad it’s getting some publicity.”

For that matter, if he did end up in court, that could generate more coverage, and perhaps keep the dialogue going, the reverend says.

Maybe it’s an unforced error, but I love the point he’s trying to make and I give him a lot of credit for putting his money where his mouth is. His congregation clearly approved of his actions, in case you think he wasted the money. And this is an issue on which many religious and non-religious people agree: Whatever you think of the Second Amendment, this fetishizing of guns by the Right and our lax laws about who can acquire one and how easily it can happen are problems worth solving.

Kudos to Lucas for starting a discussion on the issue. Hope he isn’t punished for it.

(image via Shutterstock. Thanks to Michael for the link)

August 18, 2016
Irish Politician: The "Fact" of Noah's Ark Proves We Don't Need to Worry About Climate Change
Next Post