Watch This Physicist Try Desperately to Explain Climate Change to a Politician Who Denies It August 17, 2016 Hemant Mehta

Having Professor Brian Cox explain the human element of climate change to Malcolm Roberts, a science-denying newly elected senator from Australia, is an exercise in futility. Yet, Cox did his best to explain the evidence to a man who refuses to accept any of it during an exchange on the ABC show Q&A: 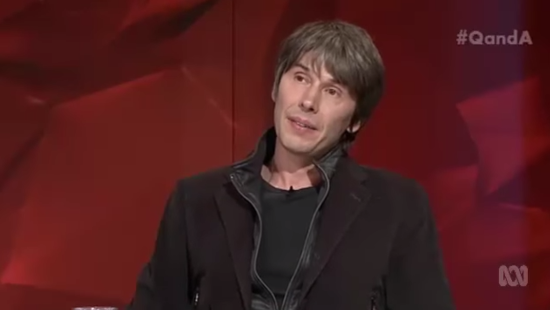 Roberts’ refusal to admit the obvious boils down to his conspiracy theories that “the data has been corrupted” by NASA (it has not), that there are single years in the past that were just as hot as today (ignoring the overall warming trend), and that the empirical evidence for climate change doesn’t exist (even though it does).

Roberts wants data… but only data that confirms his misguided views. It’s like Creationist Ken Ham dismissing any piece of evidence for evolution that doesn’t fit into a literal interpretation of the Book of Genesis. How can you debate someone on a scientific issue when you can’t even agree on what a “fact” is?

More disturbing is that only one of these two speakers has the ability to do something tangible to reverse climate change… and that’s the guy who refuses to admit we can do anything about the problem. Cox, on the other hand, can educate people all he wants about the science, but it feels futile when elected officials write it off as a hoax.

Roberts, by the way, belongs to an anti-immigration political party called One Nation.

That means we have an anti-immigrant know-nothing in a position of political power and we’re all face-palming as we listen to someone intelligent try to explain basic science to him.

If that idea disturbs you, you better do everything in your power to make sure Donald Trump doesn’t win this election.