Over the weekend, Salt Lake City Mayor Jackie Biskupski married her partner Betty Iverson in what appeared to be a lovely ceremony. The news media took notice in part because, let’s face it, how often do you see a lesbian mayor from Utah get married while in office?

But check out the reaction from readers on a local news channel’s Facebook page:

KUTV 2News posted a brief story about the wedding and several people on Facebook, rather than Liking or Loving the post, used a different button altogether: 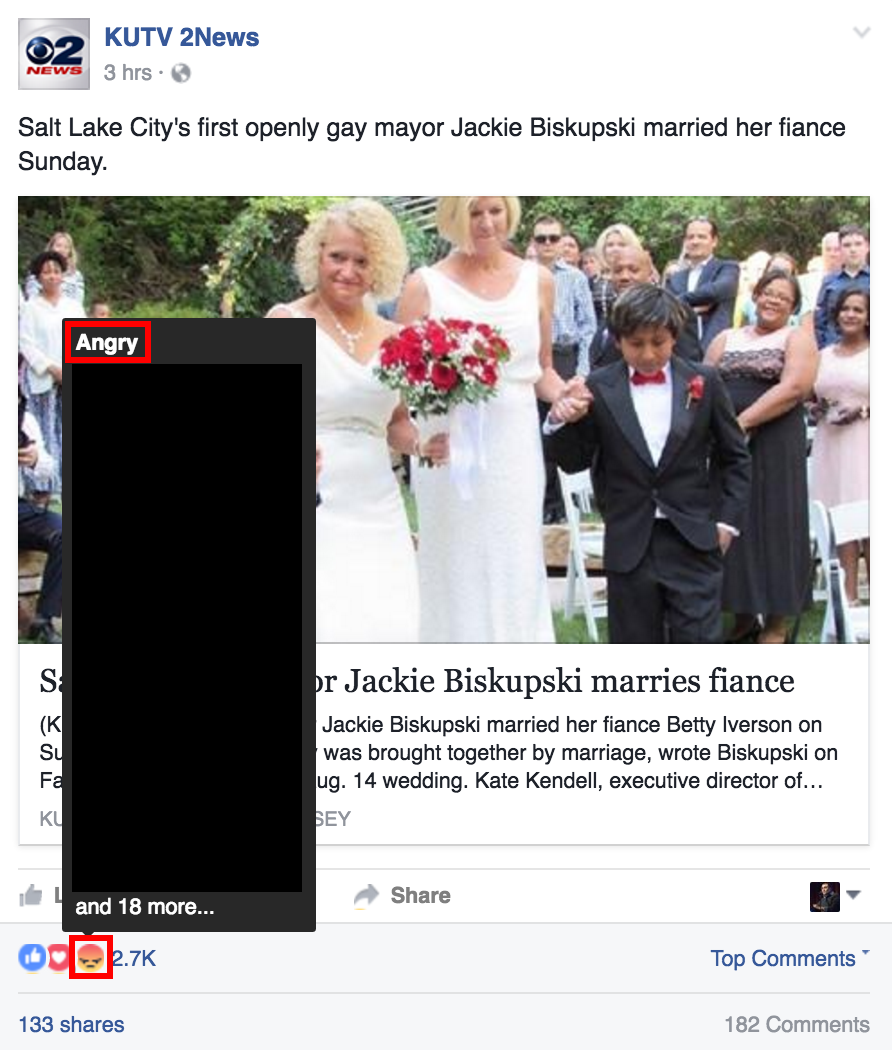 Dozens of people are angry! I know it’s only a small fraction of all the reactions, but who looks at a wedding photo and thinks, “This pisses me off”? And then publicly declares it?!

It’s Utah. I’ll give you one guess.

August 16, 2016
A New George Carlin Album Will Be Out Next Month, Eight Years After His Death
Next Post

August 16, 2016 Conservative Columnist Says LGBT Activists Have Gone Too Far in Calling out BYU's Bigotry
"Will someone please explain to these legislators what their job description is? I'm pretty sure ..."
Ann Kah Arkansas State Senate Unanimously Passes “Day ..."
"And here I was thinking the 2nd amendment was the most sacred."
Jezebel'sOlderSister Religious Liberty Shouldn’t Be More Sacred ..."
"Much more recently I'm sure all of them got their designated shots when they were ..."
Wattle Preacher Whose Parents Caught COVID Says ..."
"Funny, but I can't remember the word 'sacred' appearing anywhere in the US Constitution.Not only ..."
NOGODZ20 Religious Liberty Shouldn’t Be More Sacred ..."
Browse Our Archives
What Are Your Thoughts?leave a comment