Ask Richard: Catholic Wife in Midst of Divorce Asks About Her Husband’s Atheism

Dear readers, “Ask Richard” is back.

I apologize for the long, gradual slowdown over the last few years, and the complete absence of this column for more than 18 months. The ongoing challenges of chronic illness and death in more than one family member rendered me too physically and emotionally drained to adequately respond to letters that still sometimes trickle in. But I am determined to climb out and stay out of that rut. Thank you for the encouragement that several of you have given me. Please spread the word to anyone whom you think might benefit from my advice. 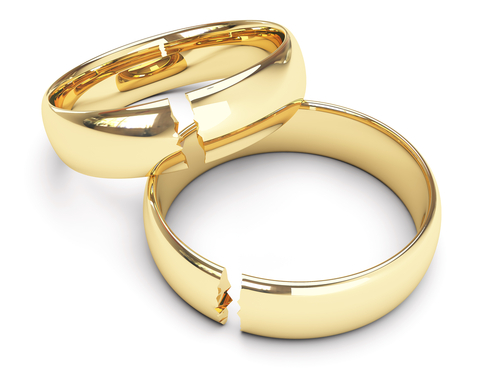 I’ve been married almost 27 years. Both Catholic, found out accidentally he was atheist in 2014, but actually militant atheist. I describe myself as a moderate cafeteria Catholic. I choose what and how to believe.

He’s joined about 10 groups, social and professional. He’s told me he wants to be “global” and this was more important than our marriage. We have about 40 books on atheism. He wears t-shirts so anyone can come to him “and feel safe.” He listens to podcasts frequently and has attended at least three conferences in the last two years.

Tried marriage counseling, but it didn’t work. I was told I didn’t understand the Truth. We both started to pull away.

He started going out most nights, and I found evidence of cheating. In August he said life is short and he’s going to do what he wants to now. He was done with our marriage. On Monday we sign our final divorce papers.

I’m devastated. I’m 55 and loved only him since we were 20. I can’t make sense of it. Can you tell me where I went wrong? It haunts me.

I don’t know if this is militant atheism or not.

Before anything else, I should acknowledge your pain. You say that you’re devastated, and I’m sure that’s not an exaggeration. Your 27-year marriage to the one man you have loved for the last 35 years has ended.

I should also acknowledge the high likelihood that he has pain about this as well. This is not for comparing one person’s pain to the other, nor is it for using one person’s pain to somehow mitigate, or minimize, or justify the other’s pain. It’s simply respectful to be thorough with empathy, and to recognize that both people described in your letter are in pain.

From the little information that is in your letter, I can’t tell you “where you went wrong,” and it’s possible that that’s not a fair or useful question to ask yourself.

Right now, you’ll probably be going through stages of grief that are very common when people have a great loss. At first they’re often just bewildered and not entirely certain that it’s really happening. Then they might start feeling angry or resentful. Later, they might start wondering if it could have turned out better if only this had happened, or if only that had been different, trying to somehow bargain with reality. After replaying history over and over in their minds, they might eventually have nothing else to focus on but themselves, and start wondering, as you have expressed, “Where did I go wrong?”

Perhaps there were some things that you might have been able to do better, and perhaps not. It’s likely that statement applies to him as well. But it might be more healing for you to consider that being married for 27 years is a very difficult thing for any couple to maintain. People change over time. I’m certain that both of you have changed; change is an essential part of life. How we think and feel change. The things we want out of life change. The ideas and beliefs that we value change. When two people go through the many changes that 27 years of life will do to them, to expect all of those changes to always be in the same direction is perhaps an unlikely expectation.

Eventually people move beyond all that should-have, would-have, could-have thinking, and they simply feel sad. If they allow that sadness to have its say for the days and weeks it needs, and if they don’t distract or intoxicate it away, the sadness begins to fade. They begin to accept the reality of the new situation, and they begin to respond to its new requirements and also its new possibilities.

Your ex-husband’s atheism might have been an important factor in the ending of your marriage, or a minor factor, or it might not have anything to do with it. If there is some useful lesson about yourself to be gained from all this, blaming his atheism might be a distracting scapegoat and could prevent you from having a valuable insight. But I’m not here to defend his atheism or his behavior, nor to prosecute. Here I can only give you accurate information about atheism to help you sort out this issue:

From your description, I would not call him a “militant” atheist. Atheists have jokes and cartoons about how absurdly uneven the standard is for calling someone a “militant atheist” versus a “militant Muslim” or a “militant Christian.” For a Muslim or a Christian, it requires suicide bombs or murdering doctors outside of family planning clinics. For an atheist, it only requires wearing a pro-atheist t-shirt and talking with other atheists in a coffee shop.

Having membership in atheist organizations, reading many books on atheism, going to atheist conferences, and wanting to be a safe person for other atheists to talk to would bring me to call him an atheist activist. This means that the issues atheists care about and the challenges atheists face matter to him. He wants to make a difference, but “militant” is absurd hyperbole.

But whether militant, activist, or just easygoing, there’s nothing in atheism per se that necessitates cheating on a spouse or deciding that life is too short to stay in a marriage that he doesn’t want any more. As a former Catholic, his development of atheism might have given him more inner permission to get a divorce, but if he were still a believer, he could have done all that anyway. There are plenty of religious men and women, Catholics included, who in their middle years decide to do all these things. Whether that is wise or foolish of them, whether it is fair or unfair to their spouses depends on the many differing circumstances and the many possible outcomes, and all such evaluations are subjective.

Religious people don’t become atheists because doing so will permit them to do things they are forbidden to do. That’s called the “you just want to sin” stereotype, and it’s insultingly shallow. They become atheists as a result of a gradual change in the way they think. It’s not deliberate; we don’t really know what causes it, but it can happen at any time from childhood to old age. They begin to have a vague dissatisfaction with explanations and arguments for religious beliefs that used to be sufficient for them. At first they often try to bolster their confidence in those explanations and arguments, but those just keep ringing more and more hollow. They find that evidence and not arguments is what they need to perceive and understand the world accurately, and evidence for their previous assumptions is simply not there. This is often a time of anxiety, and as the beliefs they once cherished begin to crumble, it becomes a time of grief. It can even follow that same pattern of stages I described that you might be experiencing. Going from religious believer to atheist is never an easy, casual, or flippant process. It’s most often earnest and painful. Only after that subsides will they begin to feel relief and liberation.

Wendy, take from your loss what lessons help you to heal. Discard conclusions that keep you stuck in the angry stage or the bargaining stage. Finding blame to stick onto him or onto yourself is generally worse than useless. Allow yourself to be sad, but try to avoid bitterness. That will only hinder your healing. Over time, without rushing your feelings, build if you can a relationship with your ex-husband that is cordial, open, honest, and mutually accepting. Sometimes couples report that they have built a relationship after divorce that is healthier for both of them than their marriage was.

I’m glad that you tried marriage counseling. It’s worth a try, but as a marriage counselor I know that it doesn’t always work out the way people hope. Sometimes all we can do is to create a more amicable parting and a more thorough and accurate understanding. I cannot begin to understand what was meant by “you don’t understand the Truth,” or even who said that to you, but I suggest that you seek counseling again, this time just for yourself. It can be very valuable to have someone who can help you to resolve what you can of the past but mostly focus on moving positively from this point forward.

With sincere caring and respect, I wish you all the best in this new part of your journey.