Theodore Shoebat: Hillary Clinton is a Lesbian Satanist Christian-Killer Who Should Be Executed August 15, 2016 Hemant Mehta

Theodore Shoebat: Hillary Clinton is a Lesbian Satanist Christian-Killer Who Should Be Executed

Theodore Shoebat, who once said women who have abortions deserve the death penalty by way of a firing squad, and then updated his hit list in June to include “the sodomites,” just expanded the list once again.

This time, he wants the government to execute Hillary Clinton — or, as he calls her, a “decrepit, reprobate wretch” — because she wants to kill Christians. (Even though she’s a Methodist.)

Or maybe it’s because she’s a devil worshiper. (Even though, again, she’s a Methodist.)

Or maybe it’s because she’s a lesbian. (Even though she isn’t.) 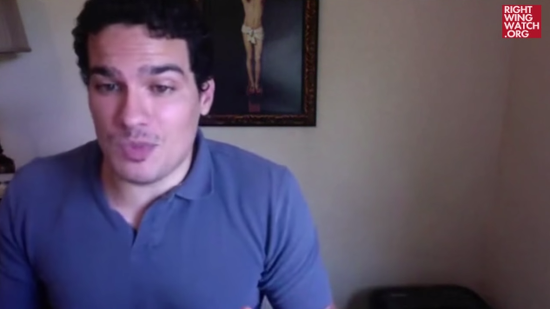 “Hillary Clinton is worthy of death,” Shoebat proclaimed. “She supports the slaughtering of millions of American babies. She promotes homosexuality, which is against human life … She would love to see the death of all Christians. I kid you not. Do not think for a second that that woman, if she had the chance, would [hesitate to] put people like me in concentration camps, would put Christians in concentration camps and kill Christians. I’m not saying that she’ll succeed, but that’s what she wants to do. What do you think she deserves? This type of woman, this evil, wicked woman, what do you think she deserves? She deserves the death penalty. End of story.“

I hope Secret Service is listening to him. Shoebat is bad enough, but I’m more worried about the people who take his rants seriously.

August 15, 2016
This is a Horrible Explanation of How We Know Mother Teresa Performed Miracles
Next Post

August 15, 2016 Why Children Shouldn't Have Religious Labels
Browse Our Archives
What Are Your Thoughts?leave a comment