Thanks to New Law, California Schools Are Sending Students Back Home if They’re Not Vaccinated August 15, 2016 Hemant Mehta

Thanks to New Law, California Schools Are Sending Students Back Home if They’re Not Vaccinated

The school year began in parts of California last week with officials sending a lot of children back home until they were properly vaccinated. And for that, we should all be grateful. 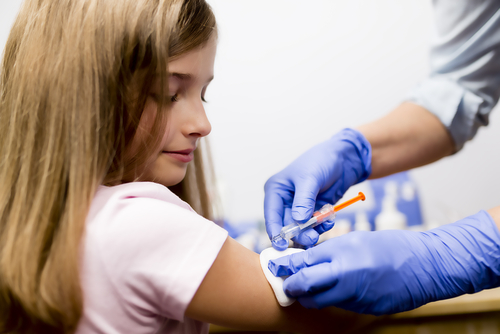 Spurred by a measles outbreak at Disneyland last year, a new law went into effect this past July that required students to have their vaccinations before attending public school or day care. Many states already do that, but California went even further, saying no exceptions would be made for personal or religious reasons.

[Spokesman Daniel] Thigpen said the Folsom Cordova district was hoping that many of the students sent home on Tuesday — 72 children from kindergarten and 73 from seventh grade — had received shots at vaccination clinics and returned to class this week. As of Friday, 98 students remained out of class – 37 in kindergarten and 61 in seventh grade.

That district and several others have been alerting parents all summer to the new law and made it very easy for them to get their kids vaccinated. There’s no excuse anymore for parents who refuse to do it for irrational reasons. Other kids shouldn’t suffer just because some parents think Jenny McCarthy knows more about science than the experts who study these topics for a living.

August 15, 2016
After a Pastor Said the Bible Was Perfect, a Young Atheist Responded With a Point-By-Point Rebuttal
Next Post