It’s always hard to verify these stories, so take it with a huge grain of salt.

According to reports at GhanaStar.com, Pastor Lethebo Rabalago of South Africa’s Mount Zion General Assembly inadvertently killed a member of his congregation while trying to prove that miracles can really happen. 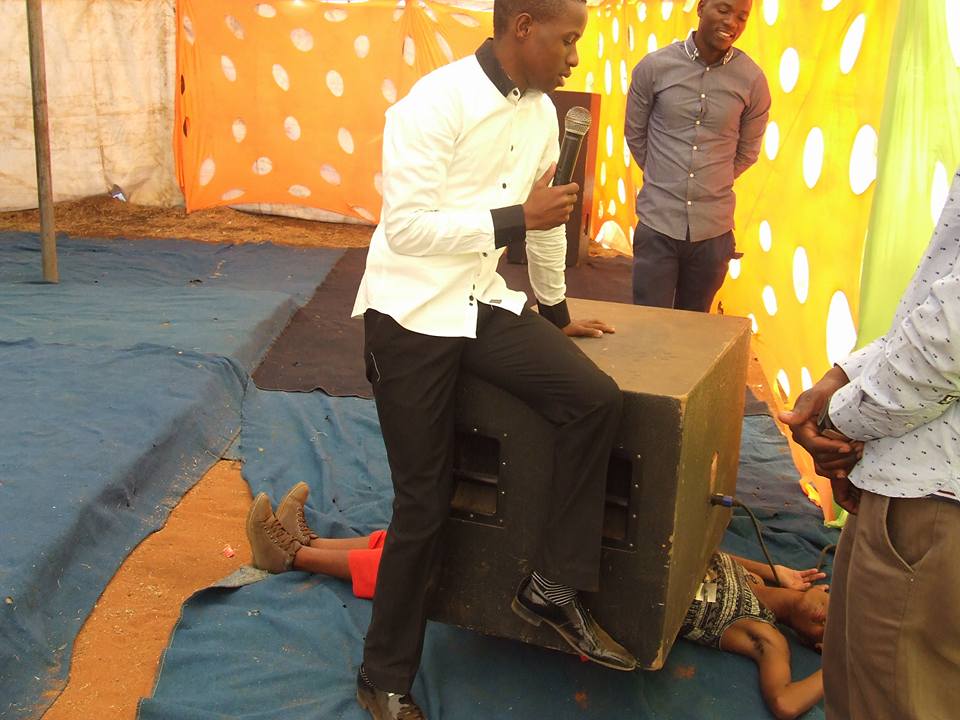 Rabalago said that people who believe in God can overcome anything. To that end, he asked a member of his worship team to lie down on the ground. His team put a large speaker on her body, telling everyone not to worry because the weight wouldn’t be a concern — Jesus would take good care of her. And just to make his point, Rabalago stood on top of the speaker for five minutes.

The girl was suffocating by this point. She was later taken to a hospital where she was pronounced dead.

What did Rabalago have to say about that?

The pastor, however, blamed the girl and accused her of having little faith for she could not withstand a very simple task.

If it was such a simple task, you have to wonder why the pastor didn’t volunteer to do it himself…

No charges have been filed against Rabalago, as far as I can tell, though a Facebook page that appears to be his shows that he’s been back in action all week as if nothing ever happened.

(via The Freethinker. Image via Facebook. Thanks to Randy for the link)

August 14, 2016
Satanists Have Submitted a Glorious Application to Install a Baphomet Statue in the AR Capitol
Next Post