Sherif Gaber is the young Egyptian who was arrested in 2013 for starting a Facebook group that included posts about his own deconversion out of Islam. (The police “investigation,” if you want to call it that, was a complete joke.)

His latest is all about how criticizing religion is a human right. You’ll want to turn on the English subtitles. 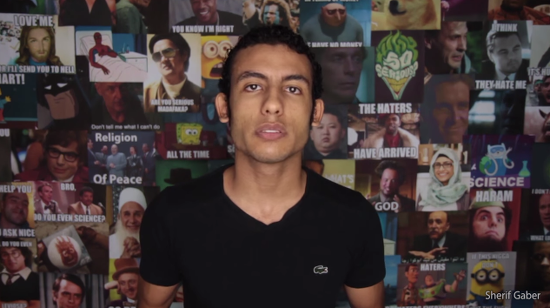 I love the passion in the video, though it’s sobering to realize so many atheists in the U.S. are doing precisely what he’s calling for without fear of repercussion. Gaber, on the other hand, still has so much to fear. You have to admire that he’s not letting that stop him from making these videos.