Conservative Christians: They “love” LGBT people so much that stepping outside and experiencing nature is all it takes to tweet something nasty about them. Case in point? Check out this message from Walker Wildmon, Assistant to the President of the American Family Association (which I believe makes him the Religious Right’s Dwight Schrute): 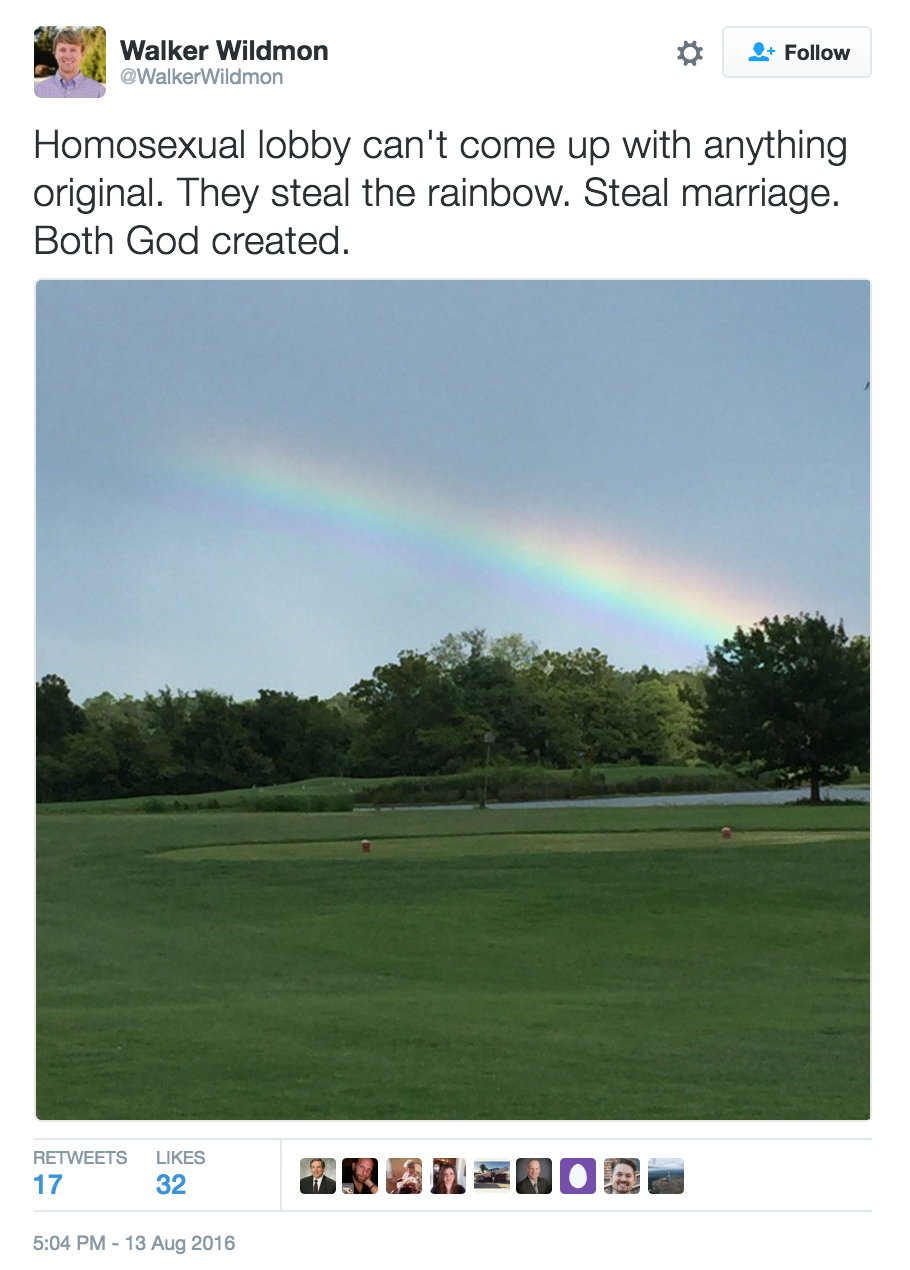 Homosexual lobby can’t come up with anything original. They steal the rainbow. Steal marriage. Both God created.

Riiiight. He makes it sound like every time you look at a rainbow, a baby turns gay.

We know exactly how rainbows form and God has jack to do with it. At least I can understand Wildmon’s frustration with the LGBT movement using the rainbow as a symbol, but how on earth did they “steal” marriage? Who no longer has access to it? If God created it, should atheists not be allowed to marry, either?

And maybe Wildmon should take a deeper look at his own faith if originality means so much to him. Most of the famous biblical stories come from other religious or cultural traditions.

This is the sort of rant you expect to hear from an ignorant fool who will take any opportunity he can to lash out against gay people in the name of Jesus. No wonder his side is losing the culture wars so badly.

August 13, 2016
Did Jesus Rise from the Dead? A Debate Featuring Matt Dillahunty and Blake Giunta
Next Post