Donald Trump, Whose Favorite Book is the Bible, Has No Clue How To Get Into Heaven August 12, 2016 Hemant Mehta

Donald Trump, Whose Favorite Book is the Bible, Has No Clue How To Get Into Heaven

At a meeting with evangelical pastors in Orlando yesterday, Donald Trump told the crowd that he needed everyone to pray for him. Because if they could get him elected, he can do great things, and that will allow him to get into Heaven. 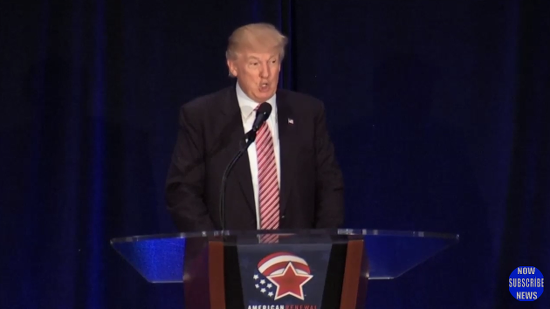 “This may be the most important election that our country has ever had. So go out and spread the word,” an unusually soft-spoken Trump said at the event sponsored by the American Renewal Project. “Once I get in I will do my thing that I do very well. It think it’s probably, it may be the only way that I’m going to get to heaven.”

I know this is just his latest failed attempt at a joke, but it also sheds some light into his ignorance. Plenty has been written about how little Trump understands religion. Hell, at that same meeting yesterday, he asked the evangelical audience for help with his poll numbers in Utah, unaware that Mormons, not evangelicals, are the dominant religious group in the state.

But Trump’s joke suggests that he genuinely believes the only way he’ll get into Heaven is by doing really amazing, consequential, important things — by becoming President and helping people.

The problem is that that’s not what evangelical Christianity teaches. That’s not even what Trump’s Presbyterianism teaches. Both groups believe all it takes to go to Heaven is faith in the divinity of Jesus. That’s it. That’s the whole point of why they want to “save” you.

So this low-key moment Trump had with evangelicals became just the most recent opportunity to show them he doesn’t understand the very basics of their faith.

Not that evangelicals will care. They haven’t cared about anything else he’s done so far. Trump is pandering to them and they love it. And they’re more than willing to throw the country out the window because they can’t just suck it up and admit Trump’s not qualified to hold public office.

August 12, 2016 The Secular Student Alliance's Executive Director Will Be Stepping Down After an Incredible Run
Browse Our Archives
What Are Your Thoughts?leave a comment