Christian Website Seriously Asks: “Is Hillary Clinton the Antichrist or an Illuminati Witch?”

It’s easy to laugh at all the idiotic things Donald Trump and his allies say on the campaign trail… until you realize some people actually believe the nonsense. Just look at this headline from Charisma News: 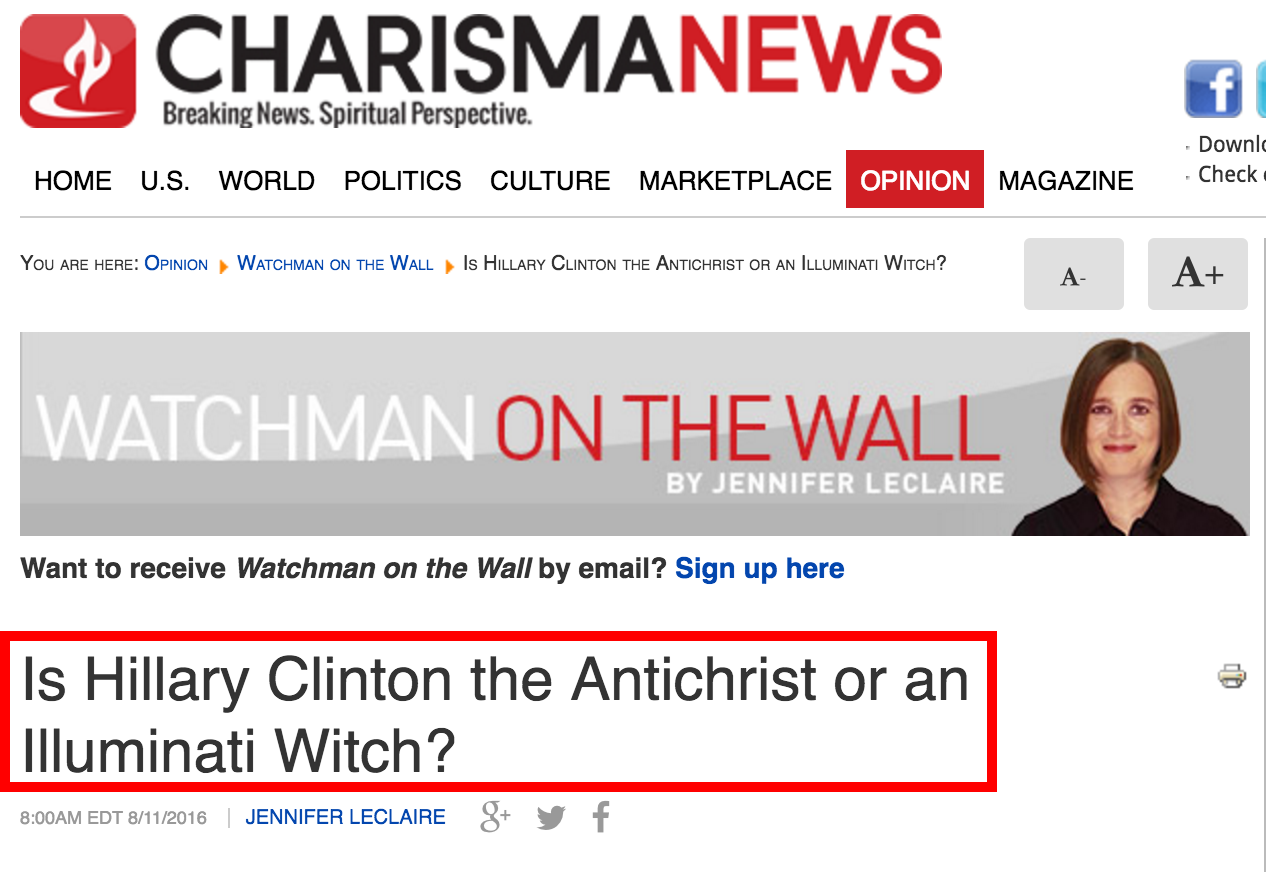 Is Hillary Clinton the Antichrist or an Illuminati Witch?

Writer Jennifer LeClaire goes on to talk about a new video that argues the answer to the question has to be one of those options:

… a new documentary has surfaced this week demanding answers.

Titled “Hilary Clinton — The Antichrist Or the Illuminati Witch?” the video doesn’t leave room for any other answer — as far as its makers are concerned, the question begs an either-or answer.

Why do so many people think Hillary Clinton is the Antichrist?

Jesus, these people are morons. They think the success of particular Google search results must mean there’s some truth to whatever you’re searching for. Which clearly means aliens exist and Donald Trump has small hands.

Needless to say, the video will not convince you Hillary Clinton is the devil. Or a witch. Or anything but an eminently qualified albeit flawed candidate who is the best hope for passing a progressive agenda this election cycle.

Though all of the candidates are better than Trump, who is either a dumpster fire personified or an internet comment section come to life. It’s one or the other. There’s no alternative.