Who says reading this blog won’t change your life?

Reader Brad saw a post earlier this year about how Wisconsin now allowed Pastafarians to wear colanders in their driver’s license pictures, and he was inspired enough to bring one with him when he got his license renewed. 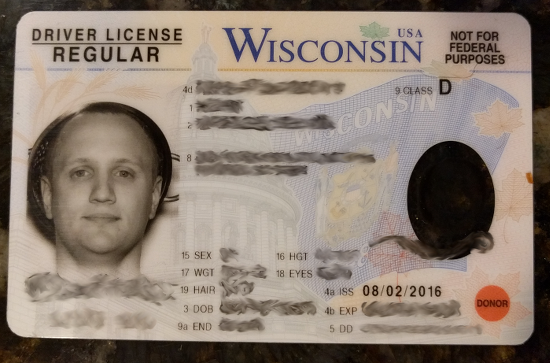 It’s tough to see at first, but that is indeed a strainer on his head.

He tells me they barely flinched at his request. Either this idea has lost all shock value… or everyone accepts the truth of Pastafarianism and we can declare this great experiment a success!

Of course it’s the latter. Everyone say “rAmen”!