On a recent episode of Chelsea on Netflix, Chelsea Handler spoke with a couple of celebrities about their religious faith. And after the audience’s brain was successfully mush, she brought in some tonic by way of Professor Phil Zuckerman, author of such books as Living the Secular Life and The Nonreligious.

If you have Netflix, you can see the episode right here. 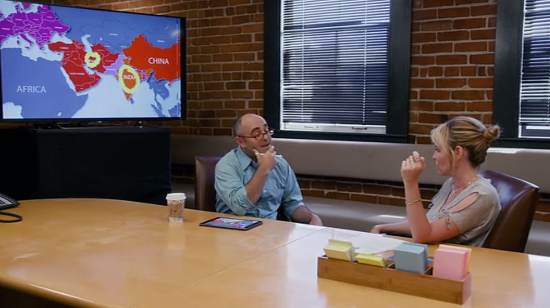 I would love to play you a short clip, but Netflix didn’t post the segment online and I can’t embed a portion of the show. I guess they figured we’d rather see Reese Witherspoon talking about her spiritual beliefs.

Clearly, they don’t know how the internet works.

But this exchange had me cracking up:

HANDLER: What’s with all the virgins? Everyone’s obsessed with virgins!

HANDLER: Everyone wants to fuck virgins when they go to heaven, and then they want virgins to give birth to babies. What is that?! What’s the obsession?

ZUCKERMAN: It’s about controlling women’s sexuality. All religions have that in common.

ZUCKERMAN: Think about it. Who’s the most famous woman in Christianity?

ZUCKERMAN: Thank you. So she’s known for being a virgin, Mary. Now can you name the second most famous woman in Christianity?

HANDLER: I was going to say that.

ZUCKERMAN: And what is she known for?

HANDLER: Being a whore.

ZUCKERMAN: And the third most famous woman doesn’t exist. So you have two women in Christianity, both named Mary. One’s a virgin. One’s a whore. What the fuck?

HANDLER: I know where you’re going with this…

ZUCKERMAN: What the fuck.

HANDLER: … and I’m already there.

It’s a great segment. If you can watch it, even better.

(Thanks to Monica for the link)

August 8, 2016
Our Pale Blue Dot Is Even Smaller Than We Imagine
Next Post