A Former Jehovah’s Witness Talks About How Being Disfellowshipped Affects His Entire Life August 9, 2016 Hemant Mehta

We’ve posted a lot on this site about the problem with Jehovah’s Witnesses and Disfellowshipping. That’s the procedure by which ex-JWs are shunned by their families and friends for life — because that distance is the only thing believers can hold over the heads of the formerly faithful.

Imagine getting married or having a child — all without your living parents by your side — and you understand just how devastating this absence can be.

Lloyd Evans, a JW watchdog who has opened my eyes to the practice, just posted a video about how his own life is impacted by Disfellowshipping. It’s depressing as hell… but it’s honest. 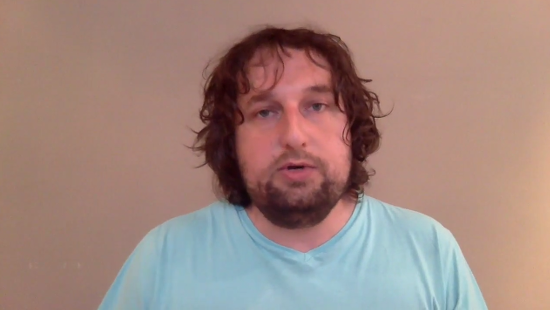 Maybe the biggest takeaway message is this: For many of us who leave religion, accepting that we were lied to about how the world works, coming out as non-religious, and accepting our new reality are among the biggest hurdles we’ll ever have to overcome. Evans has dealt with all of that. Whatever faith-based trauma he dealt with as a child is gone now.

But because his father refuses to be a part of his life — and his daughter’s life — the punishment from the Watchtower Society is “ongoing.” It will never stop. He faces a life-long penalty because he committed the JW crime of thinking critically.

By the way, if you’re in the mood to shed some tears, read this account from someone who met a 58-year-old man who was allegedly Disfellowshipped 40 years ago and hasn’t seen his parents since then. So damn depressing.

August 9, 2016 High School Football Coach Who Wouldn't Stop Praying at Games Sues District for Firing Him
Browse Our Archives
What Are Your Thoughts?leave a comment