John Oliver Tackles the Problem of Journalism in the Digital Age

On Last Week Tonight, John Oliver tackled the ever-growing problem of journalism in the age of the Internet: Other forms of media rely on it, everybody reads it, but very few people are willing to pay for it. 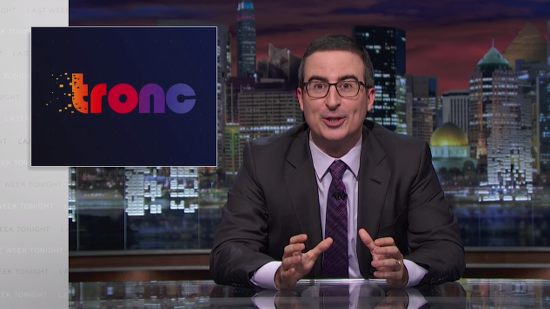 I can at least speak to this issue from my end. Good journalists are the lifeblood for bloggers. They provide stories upon which we can add (more subjective) commentary and insight. If there was a way to support individual journalists, I would do it. Instead, I make sure to subscribe to the publications I use the most.

And by the way, it works on a smaller scale, too. Patheos, which only exists online, relies on readers to turn off their ad-blockers when checking out the site. I understand the ads may be annoying, but it’s the main way we generate revenue here. The more people who use ad-blockers, the less money we take in, the fewer articles we publish.

So even if you don’t have enough money to pay for what you read online, at least be willing to view the ads on the sites you enjoy. Most ad-blockers let you whitelist certain websites; I hope you’ll add Patheos and other publications to that list.