Comedian David Cross — you might know him from Arrested Development — just came out with a new Netflix special, Making America Great Again.

It includes a bit all about why God lets kids get shot to death. And since Cross is an atheist, you know the answer isn’t going to please a lot of people in the crowd… 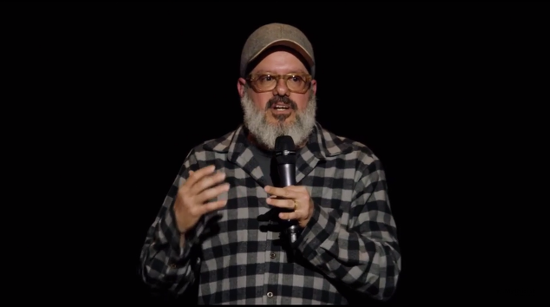 He spends the rest of the bit talking about how religious leaders from different faiths ought to get together to focus on what they all have in common (spoiler: not world peace)… and how Pope Francis may be the “cool” Pope, but the bar is extraordinarily low. (“The bar for being a cool Pope could not be lower if we were lying at the bottom of the Mariana Trench.”)

It’s a hilarious segment for anyone who’s heard Cross’ previous takes on religion. It’s been six years since his previous special and this one couldn’t have been more timely.

August 8, 2016
John Oliver Tackles the Problem of Journalism in the Digital Age
Next Post

August 8, 2016 This Evangelical Pastor's List of 18 Reasons to Vote for Donald Trump Makes Absolutely No Sense
Browse Our Archives
What Are Your Thoughts?leave a comment