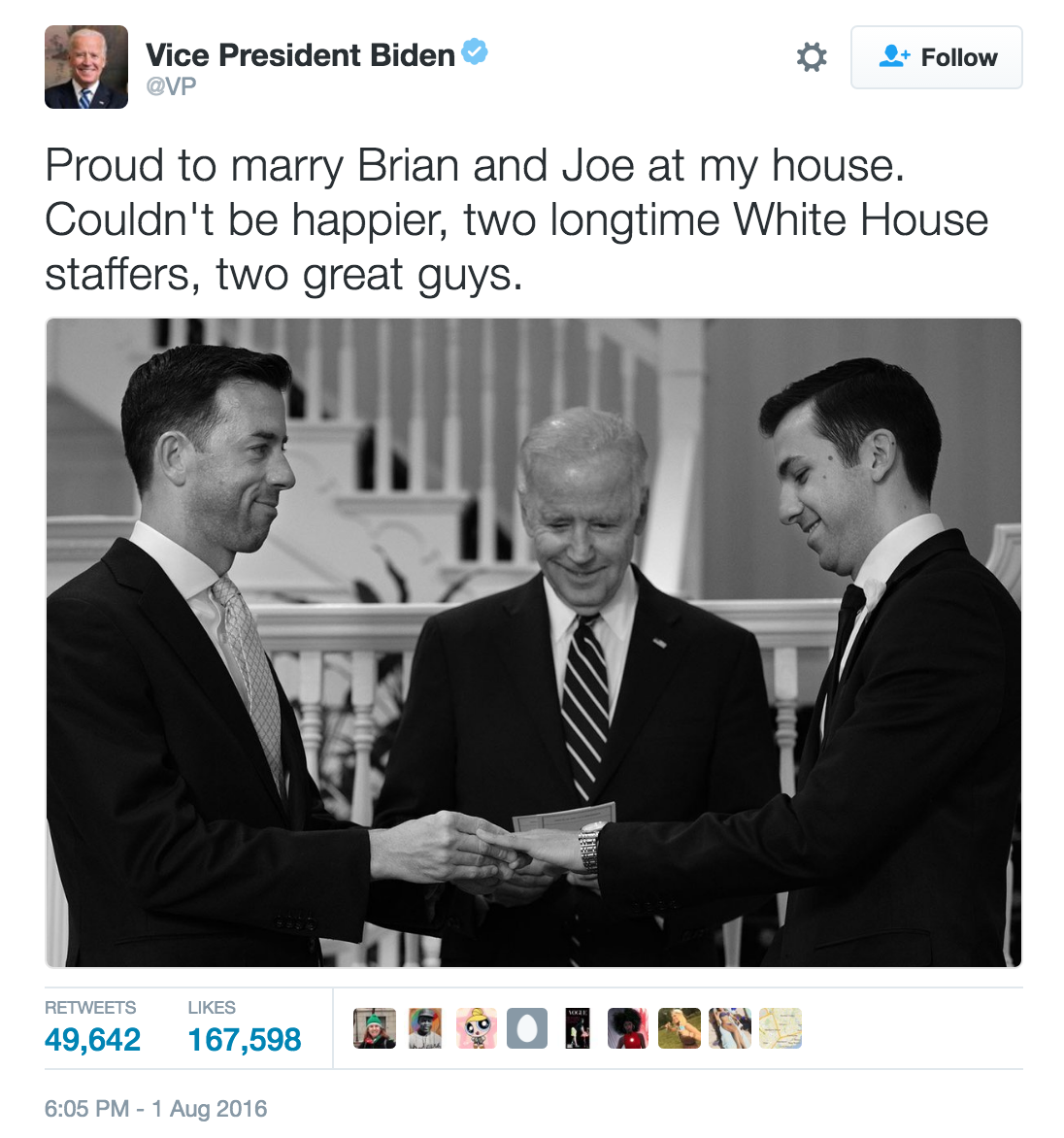 But now, some Catholic leaders are furious that one of their own acted like love was more important than the condemnation of homosexuality.

Three officials with the U.S. Conference of Catholic Bishops wrote a blog post chastising Biden for what he did:

When a prominent Catholic politician publicly and voluntarily officiates at a ceremony to solemnize the relationship of two people of the same-sex, confusion arises regarding Catholic teaching on marriage and the corresponding moral obligations of Catholics. What we see is a counter witness, instead of a faithful one founded in the truth.

Biden wasn’t acting as a representative of the Catholic Church, though. He received public permission to perform the ceremony. The Washington Post reported that “he got a temporary license for the D.C. government to seal the deal.”

In other words, Biden acted just as many other Catholics would in the same situation. 60% of American Catholics support marriage equality, despite what Pope Francis says. Biden may be a devout man, but he believes the Church is wrong about homosexuality. That makes him no different, really, from the more than 50% of Catholics who believe abortion should be legal in most cases, even though the Church believes it’s wrong in all cases.

The Church shouldn’t be lashing out against Biden. They should be thanking him for putting such a positive face on Catholicism. If young people are going to remain in the Church, it’s almost certainly because of people like Biden, not the bigots who actually run the organization.

August 7, 2016
Judge Tosses Out Satanic Temple's 2015 Abortion Lawsuit Because Plaintiff is No Longer Pregnant
Next Post