Critics are hard on the Catholic Church for letting pedophile priests off the hook or just shipping them off to a brand new location where the crimes can continue. But they all overlooked how the Church in Guam punished a now 95-year-old priest who molested “a couple of boys… maybe 20” between the 1940s and 1970s. 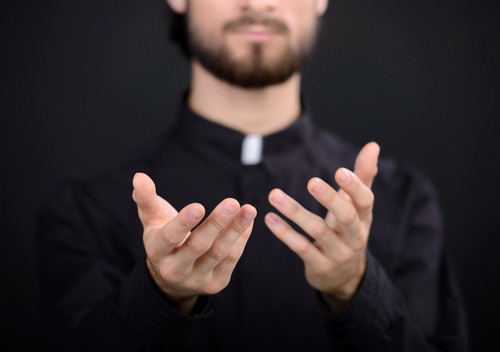 … the Rev. Louis Brouillard said in a telephone interview with The Associated Press on Saturday morning that the other priests told him to “do better” along with regular penance, such as saying Hail Mary prayers.

That’s it. That was the entire punishment. For molesting 20 boys, give or take, he had to try real hard not to ruin the lives of even more children and mutter some words that no one was listening to.

The only reason he confessed to his crimes was because one of his victims — one Brouillard couldn’t even remember — testified this week in the Guam Legislature that the statute of limitations for lawsuits against pedophiles should not be a mere two years. That victim is now 73 years old.

Meanwhile, Brouillard is now living in Minnesota as if he did nothing wrong. He still receives a “small pension” from the Catholic Church.

“At that time, when I was that age, I got the impression that kids liked it, so I went ahead. But now of course, I know it’s wrong and I’m paying for it,” Brouillard said.

Bullshit. He’s not paying for it at all. That’s the whole problem here. Brouillard molested nearly two dozen children, scarring them for life, and then lived a life free from the consequences of his actions for several decades.

All the more reason for the Guam legislature to eliminate that statute of limitations for good.

August 7, 2016
Christian Virgin Thinks Reading Cosmo Will Help Her "Wow" Her Husband on Their Wedding Night
Next Post

August 7, 2016 Surprise! Ark Encounter Isn't Providing the Economic Boost Local Communities Were Expecting
Browse Our Archives
What Are Your Thoughts?leave a comment