A new billboard going up on Monday in Syracuse, New York will remind people who don’t believe in God that they’re not alone. 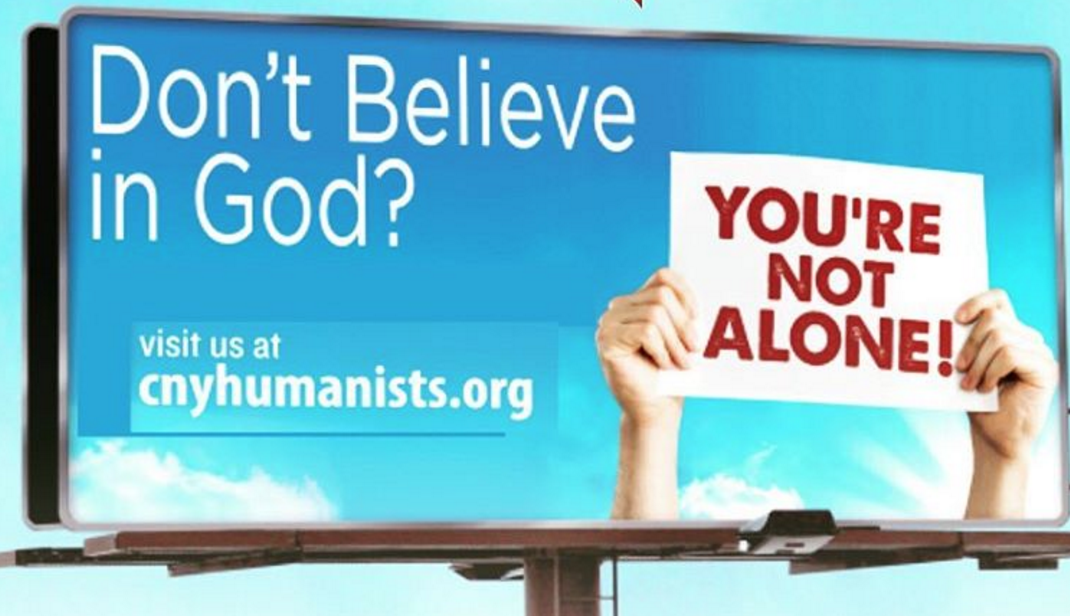 The billboard is an outreach to the community, said Corrina Allen, president of the CNY Humanist Association.

“We want to let people in the area to know that if they’re not religious, and they don’t believe in God, they are not alone and there is a community available to them,” she said.

The billboard is about as inoffensive as one could get. Which means we should expect complaints from Christians who see it as an assault on their faith by the end of the week.

August 6, 2016
The Problem with Grooming Kids Into Your Religious Faith
Next Post