David Barton Told Glenn Beck He Has a Doctorate in Education. He Doesn’t. August 5, 2016 Hemant Mehta

David Barton Told Glenn Beck He Has a Doctorate in Education. He Doesn’t.

On Glenn Beck‘s radio show today, Christian pseudo-historian David Barton told a lie. But it wasn’t one of his usual lies, where he exaggerates, downplays, or misinterprets events in our nation’s history to support his “Christian Nation” agenda.

This time, he was asked point blank about his own educational history — something he undoubtedly knows the details about — and he still couldn’t tell the truth about it. 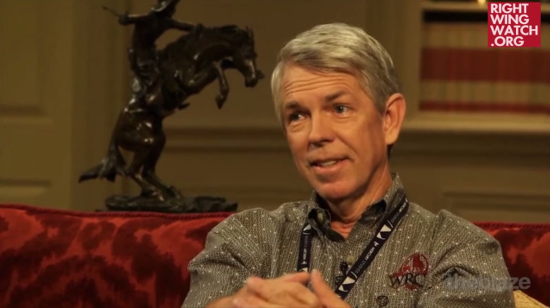 When Beck asked Barton about his supposed “doctorate in education,” Barton brushed it aside with a joke (“That’s what they claim”).

But, as Kyle Mantyla of Right Wing Watch notes, check out what happens when Beck asks the question again. And pay special attention to Barton’s body language immediately after telling his lies. He’s rocking back and forth like a toddler who just got caught with his hand in the cookie jar.

BECK: You have your doctorate, don’t you?

BARTON: That’s what they claim. I’ve got papers for it.

BECK: … You have your doctorate in education.

BECK: So he’s a doctor of education. David has an actual doctorate.

Barton does not have a doctorate in education.

His own website notes that he earned a BA from Oral Roberts University and received “an Honorary Doctorate of Letters from Pensacola Christian College.”

No one who receives an honorary doctorate would ever say they earned a Ph.D. That’s like Donald Trump saying he earned a purple heart.

Barton didn’t study education. He didn’t write a dissertation. He didn’t go through the grueling process of researching and writing and editing and revising and publishing. He didn’t do any of the things that real Ph.D.s do to earn their degree.

He just wants credit for it. And I guess it’s hard to blame him. He’s been telling lies for so many years that he knows his gullible Christian audience will never fact-check anything he says. It took a secular website to catch this lie — not a Christian site and not Glenn Beck’s site.

There’s a good reason for that. Skeptics know better than to believe what people say just because they’re working for the cause of Christianity.

August 5, 2016 A Conversation with Ex-Muslims Willing to Speak Out About Their Former Faith
Browse Our Archives
What Are Your Thoughts?leave a comment