Christian Pastor: Hillary Clinton Should Not Be President Because the Bible Forbids It August 3, 2016 Hemant Mehta

Christian Pastor: Hillary Clinton Should Not Be President Because the Bible Forbids It

The American Pastors Network, a group of conservative Christian leaders, recently hosted a discussion on whether it’s biblical to have women in government positions on its “Stand in the Gap” radio show.

You won’t be surprised to learn the answer is a definitive “No,” at least for one of the panelists. 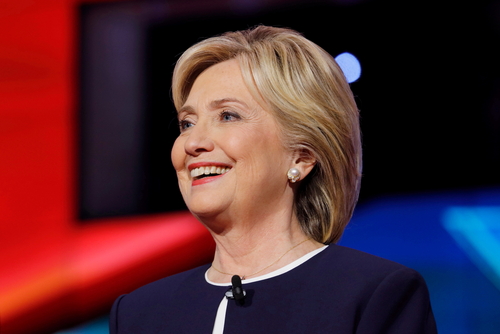 Gary Dull, an APN board member and head of the Pennsylvania Pastors Network, said on the program that women serving in positions of political leadership is a sign that a society is “spiritually rotten” and under the judgment of God.

Dull went on to cite 1 Timothy 2, which he says “establishes a pattern” in the Bible that women are not to have authority over men.

“In God’s line of authority,” he said, “it seems very clear in the scripture that a woman should not be in authority over men, which would limit a woman from being the president of the United States of America or even a queen of some other particular nation.”

There you have it. The Bible says Hillary Clinton can’t be President. It’s a fact. A biblical fact.

But the sexist, xenophobic, arrogant Donald Trump? Totally qualified. He loves the Bible, after all. Even though he follows none of the values Christians love to promote.

(via Right Wing Watch. Image via Joseph Sohm / Shutterstock.com. Thanks to Rob for the link)

August 3, 2016
Christian Lawyer Who Said After School Satan Clubs Have a "Right to Meet" Now Says He May Sue Them
Next Post

August 3, 2016 Pat Robertson: Donald Trump Shouldn't Let the Devil Distract Him From Talking About the Economy
Browse Our Archives
What Are Your Thoughts?leave a comment