On his show last night, Seth Meyers spoke about Donald Trump‘s recent war of words with Khizr and Ghazala Khan, the most patriotic Muslim couple in the country — along with his other lies from the weekend: 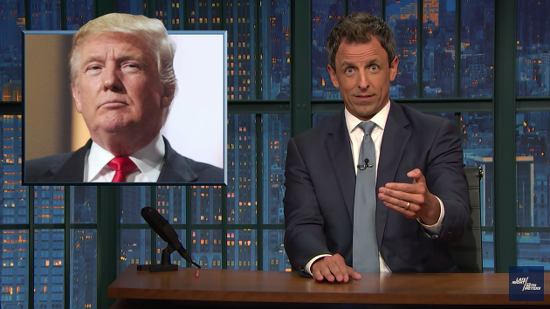 Our nation is becoming dangerously numb to Trump’s lies. The more he lies, the less attention we pay to each individual one, and the more he can get away with them. Every Republican leader who wants to be taken seriously should denounce him immediately. They should’ve done it a long time ago, but their unwillingness to put the good of the country ahead of their own ambitions is a black mark on their legacies.

August 1, 2016
How to Be a Good Atheist Activist
Next Post