San Diego State U. Choir Class Required Students to Perform at Church and Sit Through Sermon

At San Diego State University, in a choir class that is required for certain degrees, a professor told students they had to perform at a local Baptist church, then sit through the sermon.

When two of them refused to do it for personal reasons, they received failing grades “at least in part” because of that decision. 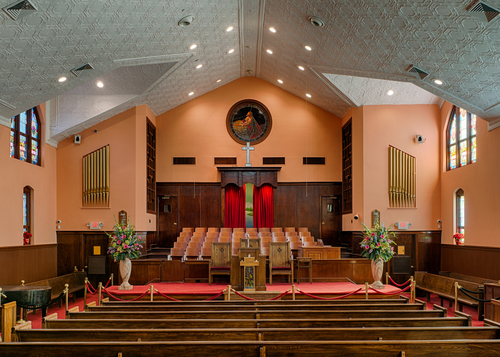 The Freedom From Religion Foundation lays out the obvious problems in a letter to SDSU President Elliot Hirshman.

“As a state-run institution, San Diego State University is bound by the Constitution’s Establishment Clause, which ‘mandates government neutrality between religion and religion and between religion and nonreligion,'” as the U.S. Supreme Court has noted, FFRF Legal Fellow Madeline Ziegler writes to San Diego State University President Elliot Hirshman. “The university’s choir violates that constitutional mandate when it requires students to participate in choirs that perform at church services in order to pass a class.”

Moreover, [Professor Patrick] Walders is a professor at a public, secular university and should not blatantly disrespect the freedom of conscience of his students. It is unacceptable behavior for a professor to be failing students in a course because they did not attend an unconstitutional performance.

The issue isn’t the church building; plenty of choirs perform in churches. It’s that the performance was mandatory, they also had to listen to the sermon, and there was no alternative for students who didn’t want to take part in the activity.

FFRF is asking for assurances from the school that future performances like this won’t be scheduled again, as well as an investigation into what Walders did and disciplinary actions if necessary.

July 30, 2016 Conservative Canadian MP: "God Put Conservatives on Earth to Stop Taxes Everywhere"
Browse Our Archives
What Are Your Thoughts?leave a comment