If you want to get baptized, fine. Find a pastor and have at it.

But forcing others to get baptized? That’s messed up. And that’s not even the worst part of this story involving a Florida man who said God was speaking to him: 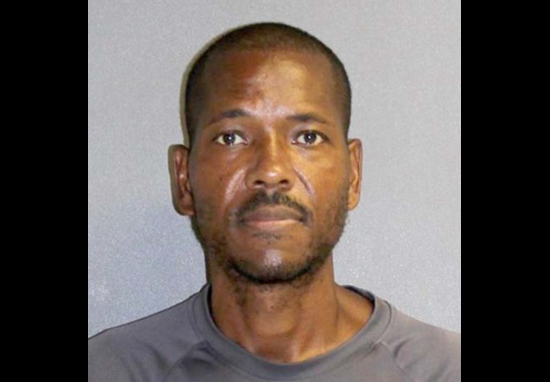 [Henry L. Love Jr.] woke up the boy, who was staying with him, at about 9 a.m. Wednesday and told the 11-year-old to strip, deputies said.

Love then grabbed the boy and dragged him to his neighbor’s above-ground pool and threw him in, the report said.

The boy told his mother that the pool was “nasty and green,” and was filled with bugs, investigators said.

The boy protested, but Love dunked his head under the water several times while yelling, “You’re being baptized,” the report said.

The boy had to be taken to urgent care the next day to treat the eye and ear infections that resulted from the disgusting pool.

Love, whose relationship with the boy isn’t clear, was charged with child abuse. I suppose we should be grateful God only told the man to baptize the boy instead of drowning him (or sacrificing him a la Abraham and Isaac).

Needless to say, whatever health issues Love may have, his unquestioning obedience to God played a role in the story. All the more reason to remind people that the Christian God doesn’t deserve the respect so many people want to give Him.

(Thanks to Ron for the link)

July 30, 2016
A Review of Ray Comfort's The Atheist Delusion (Yep, I Watched the Whole Thing)
Next Post

July 30, 2016 San Diego State U. Choir Class Required Students to Perform at Church and Sit Through Sermon
"Putting incompetents in charge of things is Republican strategy.Set government up to fail then claim ..."
InDogITrust Atheists Sue Ex-Education Secretary Betsy DeVos for ..."
"Two years, TWO!! There's a mid-term election in 2022 to contest."
Don_K Conservative Christians Have a Bunch of ..."
"The Mango Pudding."
Matri Franklin Graham Falsely Claims Christians Weren’t ..."
"Perhaps they misheard God? He does mumble sometimes."
Nullifidian These Christians All Predicted Trump’s Second ..."
Browse Our Archives
What Are Your Thoughts?leave a comment