See if you can make sense of this.

In Ohio, Judge D. Scott Bowling is a strong advocate of church/state separation. I know that because that’s what he said:

… Bowling said he was a major proponent for the separation of church and state.

“As government typically does a bad job at governing, why would we want the government involved in church? Our forefathers clearly attempted to create a nation where people could worship the one true God in spirit and in truth,” he said.

That’s… a weird way of saying you want to keep church and state separate. But okay. Point taken.

Judge Bowling should talk to the guy said that, though, since his actions don’t match his statements at all: 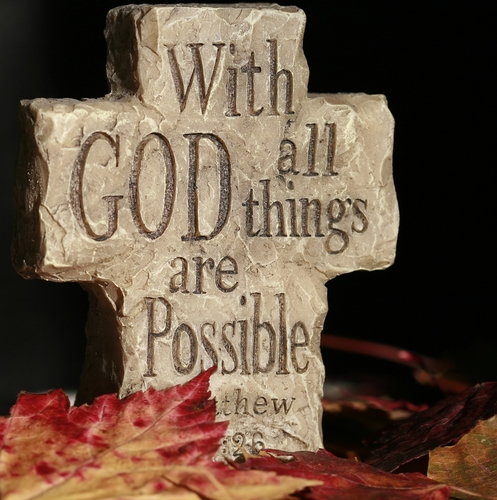 The words “With God All Things Are Possible” were installed in Judge D. Scott Bowling’s Lawrence County Common Pleas courtroom wall during a ceremony Wednesday afternoon.

“Only with a true revival in the one true church will our nation be healed. May God bless our great nation,” he said.

To recap: A judge who supports church/state separation put up a pro-God sign in a government building because he wants to bring about a religious revival.

If anyone can make sense of that, I’m all ears.

It should be noted that “With God All Things Are Possible” is the Ohio state motto — it was declared as such in 1959, not long after the nation adopted “In God We Trust” as the nation motto. It’s a phrase that allows government officials to hide behind the “motto defense” as a way to get out of admitting this is really just a way to mix church and state.

Good luck to any non-Christians who end up in this guy’s courtroom.

July 29, 2016
My Son Asked Me: Does the President Have to Be Religious?
Next Post