The rule of thumb when it comes to putting “In God We Trust” on police cars is that it’s *very* difficult to fight in court if the police chief says something along the lines of, “We just wanted to put our nation’s motto on the vehicles.” It’s a clever little loophole that allows them to promote religion through the government. But if they ever go a step further, by outright promoting Christianity, even judges can’t ignore the First Amendment violation. 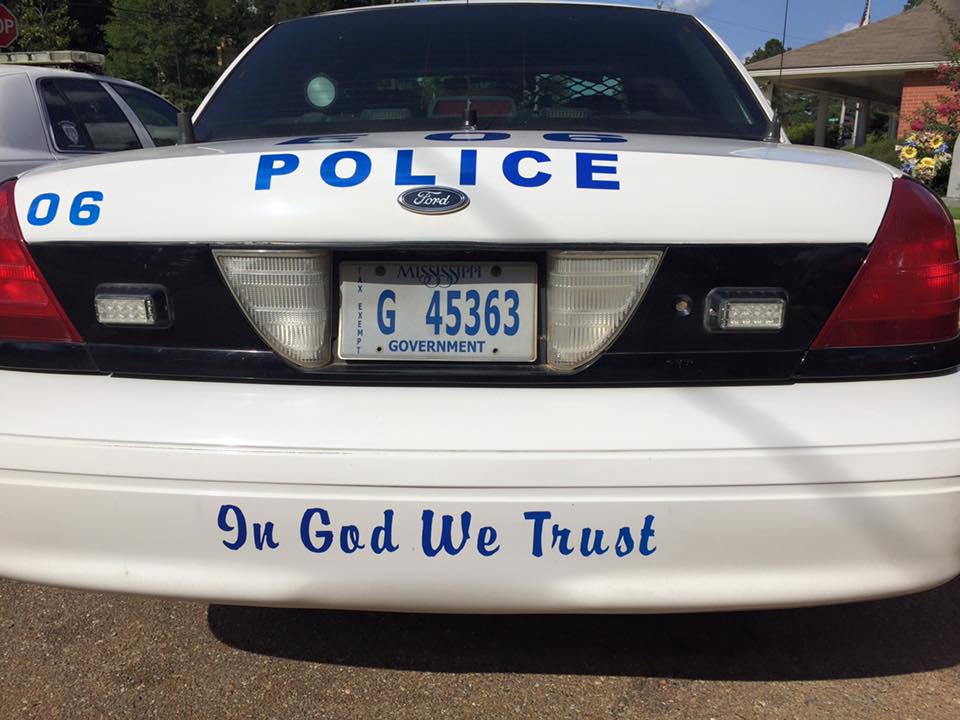 … but check out the Facebook message that announced the move: 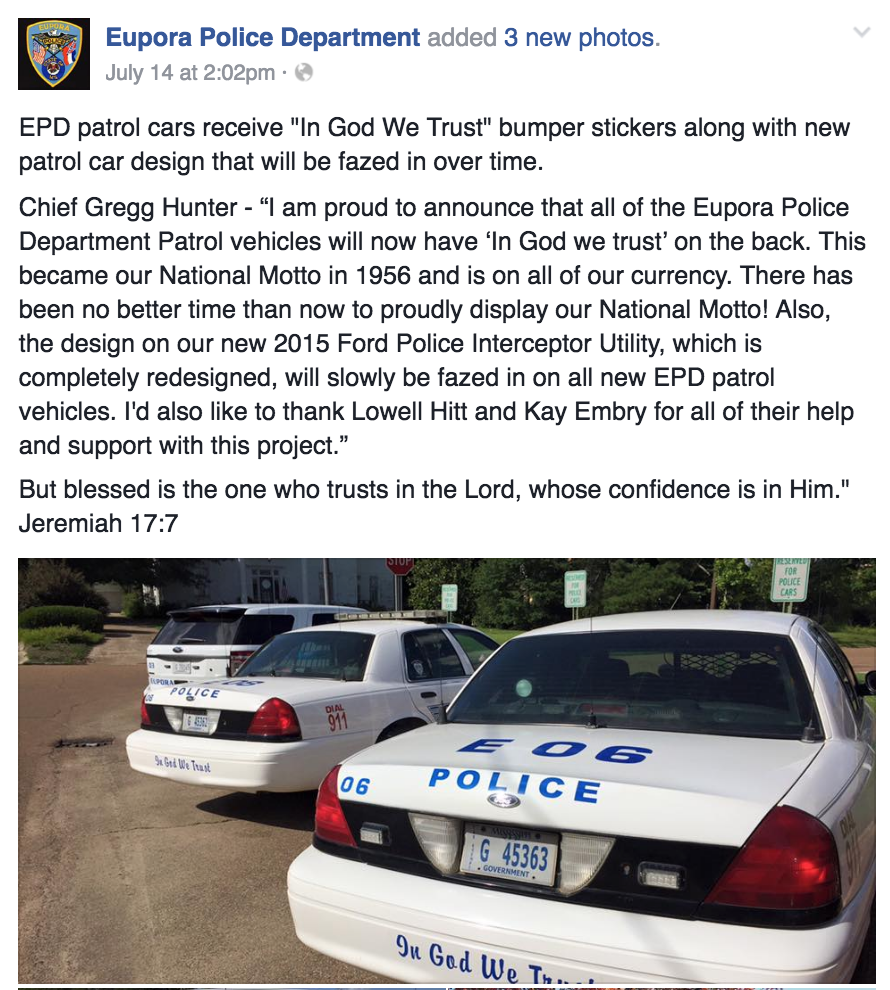 EPD patrol cars receive “In God We Trust” bumper stickers along with new patrol car design that will be fazed in over time.

Chief Gregg Hunter – “I am proud to announce that all of the Eupora Police Department Patrol vehicles will now have ‘In God we trust’ on the back. This became our National Motto in 1956 and is on all of our currency. There has been no better time than now to proudly display our National Motto! Also, the design on our new 2015 Ford Police Interceptor Utility, which is completely redesigned, will slowly be fazed in on all new EPD patrol vehicles. I’d also like to thank Lowell Hitt and Kay Embry for all of their help and support with this project.”

But blessed is the one who trusts in the Lord, whose confidence is in Him.” Jeremiah 17:7

It’s obviously a promotion of Christianity. The last line says as much. Can anything be done about it? I’ve asked FFRF and await a response. But make no mistake: This police department is putting the phrase on the cars because it’s an easy way to push the majority religion on the community. It’s not about patriotism.

And the worry is that atheists and other non-Christians — especially those who are public about it with, say, bumper stickers on their cars — will be treated unfairly by the very people who are supposed to be protecting them.

July 29, 2016
Even Glenn Beck Thought God's Not Dead Was an Awful Movie
Next Post