On his show yesterday, conservative Glenn Beck made the case that progressives win arguments because they’re very good at manipulating people’s emotions while conservatives stick to the facts.

That’ll come as a surprise to anyone who looked for (and couldn’t find any) facts in the Planned Parenthood “sting” videos, the hoopla around President Obama‘s birthplace, in Christians’ arguments against marriage equality, Beck’s own litany of conspiracy theories, and all the right-wing arguments against science.

Beck’s point was that conservatives needed to be better storytellers than they currently are. And that led to a discussion about how he and his daughter went to go see the film God’s Not Dead, the film all about an atheist college professor who pushes his non-belief on students, only to get outsmarted by a passionate Christian.

Turns out Beck hated the movie, walking out halfway through. 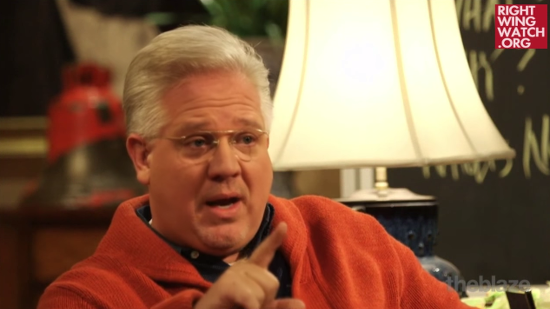 I know a lot of people like God’s Not Dead. I didn’t. I don’t think I’ve ever said this on the air. I walked out of it…

What they did was they made atheists and… they demonized them! They did to them what happens to us. We’re better than that!

[The characters were] one-dimensional people. It might feel good to have a movie come out where we get to slap people across the face, but that’s not helpful… and that’s not the way to change people’s minds. Because as the Democrats know, change people’s hearts, and their minds really don’t matter.

When Glenn Beck, known for getting way too emotional on the air, tells you your film is too heavy-handed for his tastes, you know you’ve gone too far.

At least on this issue, and it feels weird to admit this, Glenn Beck is right.