Even Saudi Arabia isn’t immune from the lure of Pokémon Go.

But when characters begin appearing in the holy city of Mecca, and the Kaaba appears to be a gym where players can do battle, you can understand why Islamic clerics (especially ones who don’t understand the game and how it’s made) are concerned. Throw in the game’s earlier security problem where it had access to your entire Google account and it’s a hot mess. 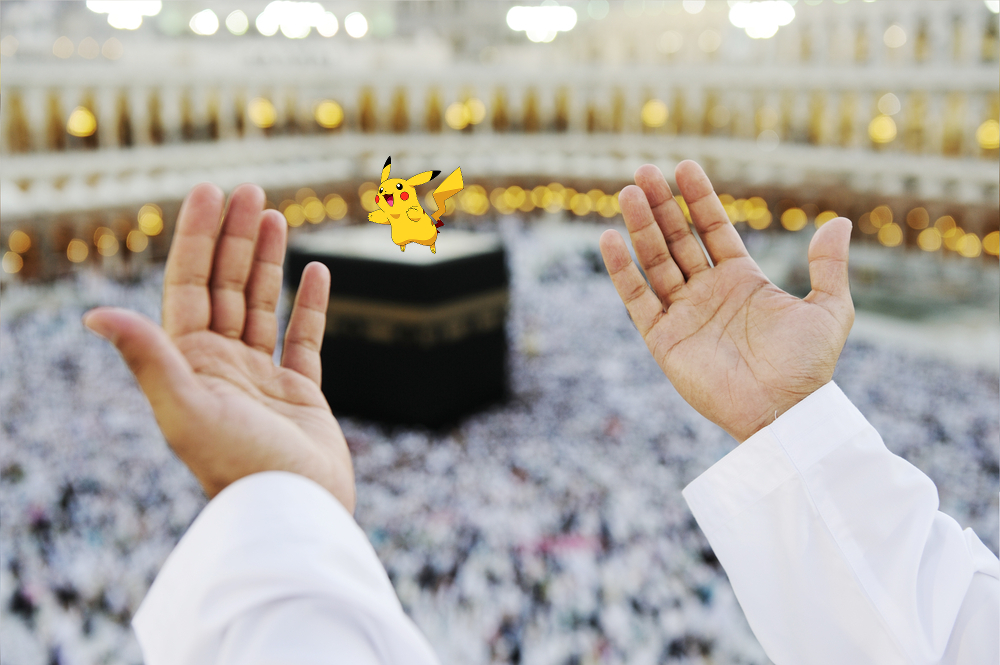 Opinions are rife about the game saying it is a violation of the sanctity of the Grand Mosque in particular and all other mosques, because some of its characters are inside mosques and the game spies on users.

When the website team visited Makkah, it found that one of the fighting grounds of Pokémon was actually atop Kaaba. Around the new mataf, five players were found playing, and the number is growing. The points of gifts and the game’s characters were in front of gates of the mosque.

At least one prominent judge has stated there’s nothing haram (or forbidden) about the game. And no fatwa has been issued by anyone, though the original card game was “banned in the kingdom in 2001.”

A ban on cell phones in Mecca was lifted in 2014, leading to this recent gaming resurgence.

(Original illustration. Image via Shutterstock. Thanks to John for the link)