A Sensible Scolding of the Bernie or Bust Crowd July 27, 2016 Hemant Mehta

A Sensible Scolding of the Bernie or Bust Crowd

Last night, Seth Meyers went off on the #BernieOrBust people who refuse to vote for Hillary Clinton even though their preferred candidate lost fair and square. (Yes, fair. There’s no evidence, email leaks included, that the Democrats rigged the system to screw him over. They said some stupid things, sure, but never actually got in the way of the process.)

In any case, the contest is over and there’s a much bigger “enemy” out there than Clinton. 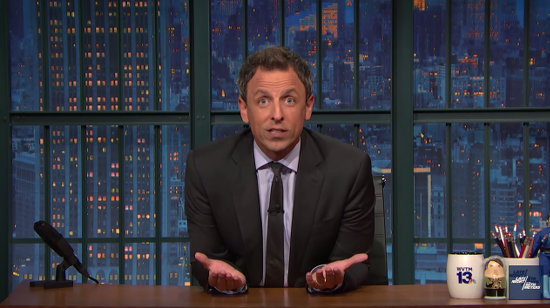 The people who were following Bernie’s every word until he told them to support Hillary are stuck in their own bubbles at this point. They care so little about the consequences of a Donald Trump presidency — how nice must that be? — that they’ll burn everything to the ground because they didn’t get their way. It’s immature and pathetic. Let’s hope the come to their senses in the next few months.