On his show the other night, Seth Meyers talked about the Democratic National Committee’s email leaks, which showed among other things that some DNC staffers were discussing ways to out Bernie Sanders as an atheist in order to hurt him in certain primaries: 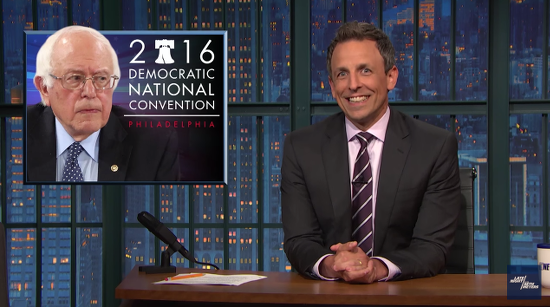 I have to tip my hat to Sanders: So far, he has handled this issue remarkably well. Maybe that’s because Hillary Clinton had nothing to do with it. Maybe that’s because there’s no evidence the DNC actually implemented their plan; it was just a bunch of talk. Either way, he’s stuck to the issues as he always has, and he gave a fantastic speech in support of Clinton last night.

July 25, 2016
The History of Space Travel: The Comic Opera
Next Post