For the past few years, the Minnesota Atheists have taken over a minor league baseball team for a single night, turning the St. Paul Saints into the “Mr. Paul Aints.” It’s hilarious — and a great fundraiser for charity.

The Twin Cities Public Television show Almanac did a segment last week with Eric Jayne, the man who once ran the atheist group and got this promotion started. 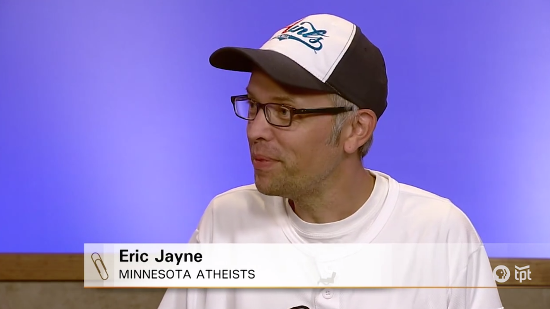 I love the enthusiasm 🙂 And kudos to the reporter for asking some serious questions that I’m sure an audience unfamiliar with atheism would also want to know.

July 27, 2016 A Sensible Scolding of the Bernie or Bust Crowd
Browse Our Archives
What Are Your Thoughts?leave a comment