In my years as a math teacher, nothing made my colleagues more upset than students who used memory tricks to get through a test. Remember “FOIL” in algebra class? Infuriating. Because there’s a logic to math that kids need to see, and while a trick may help them pass a test, it’s the underlying logic they need to understand in order to work through more challenging problems.

Anyway, that’s what came to mind when I saw Ken Ham post a short video of a 9-year-old child reciting this anti-evolution saying: 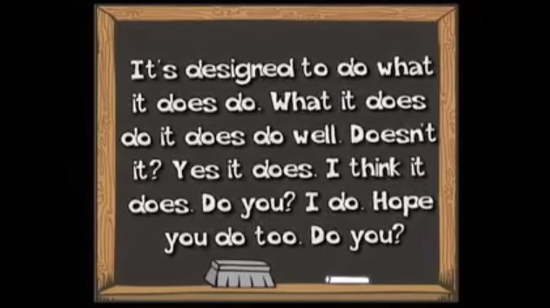 Great to meet kids who love learning the fun sayings I teach them to remember God is creator & reject evolution pic.twitter.com/iIMYM1DYUX

First of all, that’s a dumb song. After the first line, everything is meaningless. And the first line could also apply to natural selection.

But more importantly, it doesn’t teach anything. Memorizing song lyrics isn’t a substitute for understanding science.

Not everything is designed well, either. As many people have joked, humans have a sewage system right next to an entertainment complex. Our eyes have a blind spot. And what about our appendix?!

Ham doesn’t care because his only option is brainwashing. If he can get these kids to commit certain catchy ideas to memory, he’s hoping it’ll inoculate them to actual science.

The best response here is to educate that child. Teach him real science. The theory of evolution isn’t powerful because there’s a song about it. It’s powerful because all the evidence in the world points in its direction.