Just because I feel obligated to mention it, Gov. Gary Johnson, the Libertarian Party candidate for President, also responded to Dave Silverman‘s inquiry about what he’s doing to earn the atheist vote, not long after Green Party candidate Dr. Jill Stein did the same. 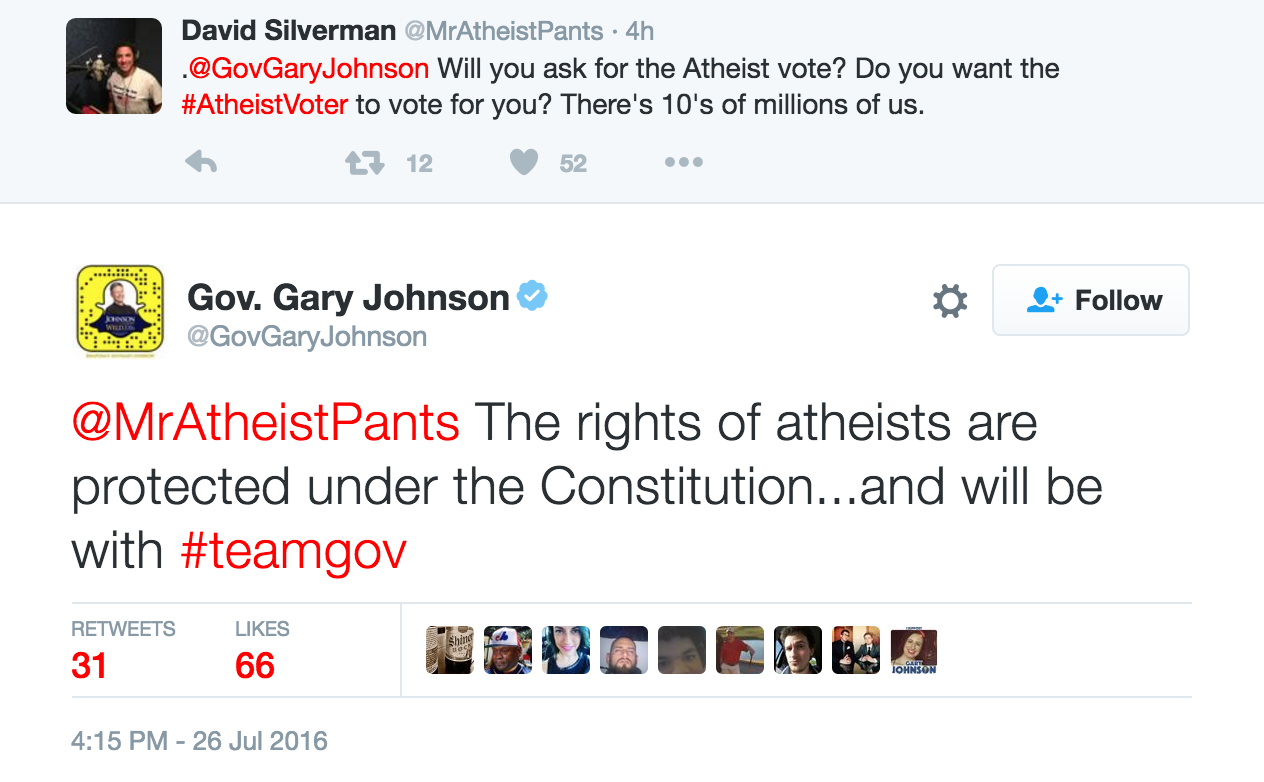 That is almost literally the least he could do. Of course our rights are protected under the Constitution. We know that. We don’t need someone to tell us what we already know.

What’s he going to do to change Christian privilege in this country? How will he uphold separation of church and state beyond the porous wall we have now?

I know it’s just a tweet. But that’s hardly going to get atheists on his side if they aren’t there already.

Once again, I stress the importance of voting for Hillary Clinton this election. Not just as a vote against Donald Trump, but because she stands for so much of what we fight for as people who want separation of church and state.

If you’re against her because she’s not perfect, good luck finding anyone to represent you. You’ll have plenty of time to do it under a President Donald Trump.

July 26, 2016 Minnesota Atheist Explains How the "Mr. Paul Aints" Promotion Got Started
"I hope his kids put aside their pride, anger or whatever and come see him ..."
cdbunch In Uplifting Video, an Atheist Dying ..."
"Watching the video, I caught this little nugget: "....I got tired of making excuses for ..."
Scifry In Uplifting Video, an Atheist Dying ..."
"Those machines can be expensive. Please don't break them."
♎Adamas🐉 Christian Preacher Thanks God for Sparing ..."
"I have no way of proving this or what kind of study could, but I ..."
Houndentenor Christian Man Sues Employer, Saying Getting ..."
Browse Our Archives
What Are Your Thoughts?leave a comment