Tim LaHaye, Co-Author of the Left Behind Series, Has Died July 25, 2016 Hemant Mehta

Tim LaHaye, Co-Author of the Left Behind Series, Has Died

Tim LaHaye, the evangelical Christian author whose Left Behind series sold tens of millions of copies (and led to one god-awful Nicolas Cage movie), has died following a stroke. He was 90 years old. 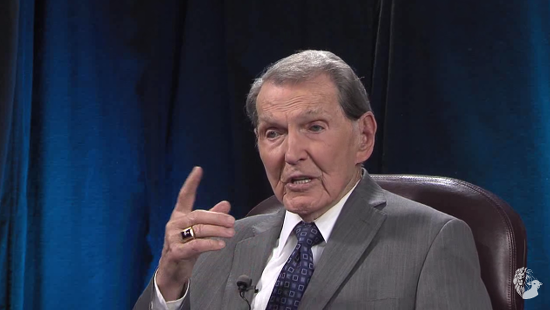 Dr. LaHaye, an Air Force veteran, is perhaps most noted for his blockbuster best-selling book series “Left Behind,” which he co-authored with Jerry B. Jenkins.

“Thrilled as I am that he is where he has always wanted to be, his departure leaves a void in my soul I don’t expect to fill until I see him again,” Jenkins said of his co-author’s passing.

In the early 1970s, he helped Jerry Falwell found the Moral Majority, whose influence in conservative politics is still being felt to this day. He also helped Henry Morris start up the Institute for Creation Research, an anti-evolution organization.

To put it bluntly, much of the activism done by scientists, atheists, the LGBT movement, and progressives in general is largely in response to the causes he pushed throughout his life. No wonder Time magazine once called him one of the most influential evangelicals in America.

I don’t take joy in anyone’s passing. The man has a family — “four children; nine grandchildren; 16 great grandchildren” — who will miss him dearly. But if there’s one nice thing I can say about him, it’s that he was deeply passionate about spreading his beliefs and he figured out how to do it better than damn near anyone.

If only we could all leave behind that much of an impact.

July 25, 2016
The Atheist Delusion: An Interview with Christian Evangelist Ray Comfort
Next Post