Tony Perkins: The RNC Had a Gay Speaker, so the DNC Should Have an Anti-Gay Speaker July 23, 2016 Hemant Mehta

Tony Perkins: The RNC Had a Gay Speaker, so the DNC Should Have an Anti-Gay Speaker

One of the stranger parts of the Republican National Convention this past week that didn’t involve a billionaire named Donald Trump involved a billionaire named Peter Thiel. The Silicon Valley luminary (who has plenty of critics) gave a speech that included this line that you wouldn’t expect to hear at the RNC: “I am proud to be gay.” 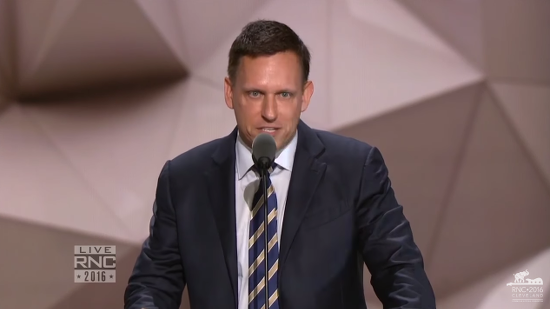 If that’s the case, why would Thiel support a political party that does so much to block gay rights…? Who knows. When you have that much money, I guess your priorities go haywire. (If anyone wants to give me a billion dollars, you can put “In God We Trust” on the bills all you want and I won’t give a damn.)

But Tony Perkins of the Family Research Council, who helped write the GOP platform, had a different reaction: If the Republicans invited a gay speaker, why won’t Democrats invite an anti-gay speaker?

While most of the press were looking for an opportunity to divide conservatives and create controversy, Thiel’s speech highlighted a significant contrast between the GOP and Democratic parties. Does anyone honestly believe that the Democratic National Convention would allow a proponent of natural marriage to speak on next week’s program? Of course not. As I explained last week, the GOP Platform Committee allowed these minorities’ views about homosexuality to be introduced and debated, and the result was that the elected delegates from the states soundly rejected them.

The answer is simple. Because there’s no rational argument for being against LGBT rights. You have to look to religion to justify that kind of bigotry. And I’m grateful that the Democrats are no longer a party willing to put up with that. (If someone suggested reversing the party’s support for marriage equality, I’m confident it’d go nowhere.)

And let’s be clear: Thiel’s speech was hardly a “pro-gay” speech. He didn’t say the Republicans were wrong about their anti-gay platform. He merely said economic issues were a bigger concern for him. Had he said the Republican Party should change its platform to be more inclusive of LGBT Americans, Perkins’ reaction would likely be very different.

July 23, 2016
Teen Study Bible: Having Sex Outside of Straight Marriage is Like Burning Your Cat in a Microwave
Next Post