This September, the National Baptist Convention will be held in Kansas City, Missouri, thanks to a $65,000 gift from local taxpayers.

Why are tax dollars being used to promote a Baptist convention?

Because the company putting on the convention, Modest Miles Ministry, requested it from the Kansas City Council back in April, and the elected officials said yes. Unanimously. 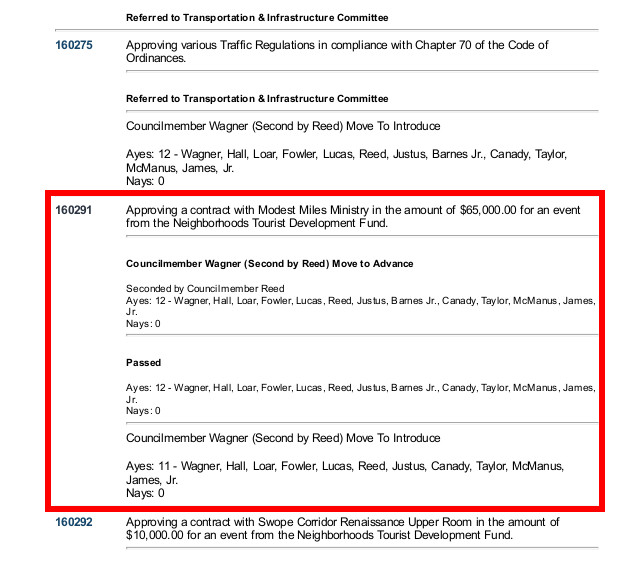 Now, American Atheists is filing a federal lawsuit to prevent the city from wasting its money in this illegal way. According to a press release from the organization,

“The National Baptist Convention is inherently religious — and it is clear under Missouri law and the First Amendment that Missouri taxpayers should not be paying for it,” said Amanda Knief, American Atheists National Legal Director.

“This is a shocking violation of the state and federal constitutions. Direct funding of a religious ministry in the form of a cash handout is exactly the sort of action our founders and the framers of the Missouri constitution sought to prevent,” Knief added.

What’s especially curious about this is that the money to the ministry was taken from the city’s “Neighborhoods Tourist Development Fund.” That’s because the ministry said the $65,000 — 25% of the convention’s budget, they claimed — was going entirely toward shuttles. Their argument is that transportation to and from the convention center is purely secular, not religious, so everything is okay.

American Atheists doesn’t see it that way. In their view, any money to a ministry furthers their religious outreach. And this has been going on for a while, too:

American Atheists is asking for the $65,000 grant to be declared unconstitutional and for their attorneys fees to be paid for by the city.

July 22, 2016
Atheists to House Majority Leader: If We're Not Divided By Religion, Let Us Deliver an Invocation
Next Post